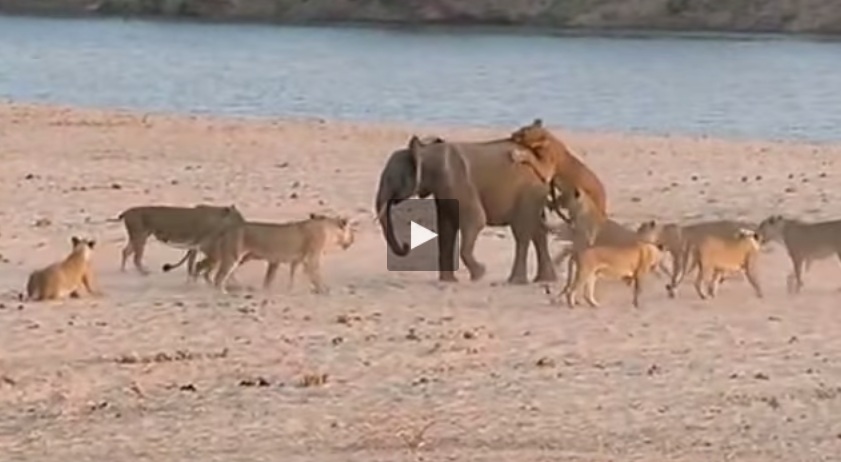 A young elephant somehow was separated from his herd when a 14 member pride of female lions descended on the helpless animal at Norman Carr Safaris Chinzombo Camp in Zambia. Clearly outnumbered, the elephant managed to bravely fend off the attack despite having three lioness on his back at one point! This event was captured on video by guests on a game drive from Chinzombo; Journalist Jesse 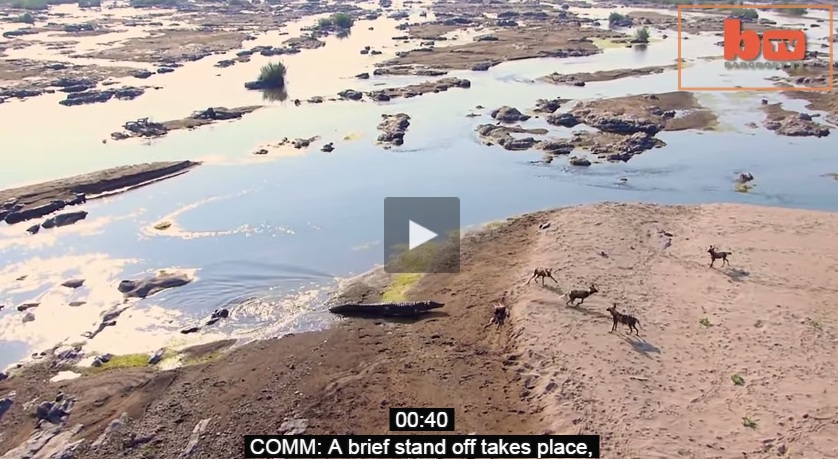 We upload a new incredible video every weekday. Subscribe to our YouTube channel so you don't miss out RAVENOUS wild dogs have their meal stolen – by a CROCODILE. The carnivorous canines were feasting on an impala carcass but were secretly being watched by a predator from the water. Suddenly, the crocodile burst from the Olifants River, South Africa, and snatched the carcass from the hounds. 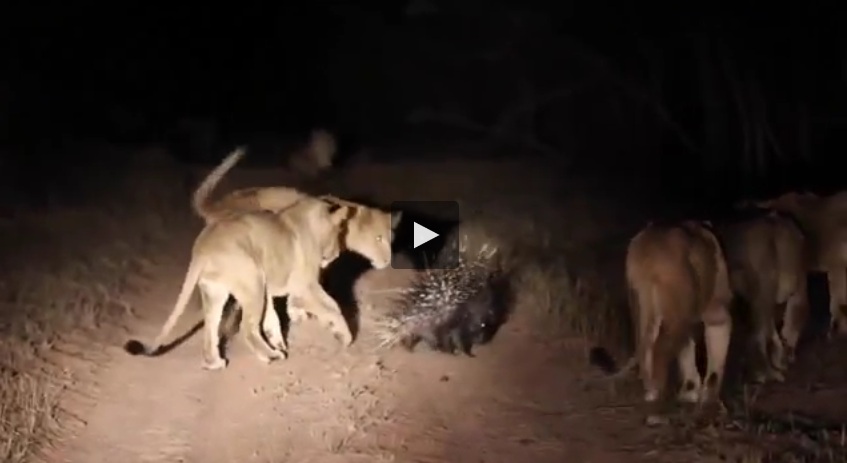 In Africa if you are not at the top of the food chain it can be a very scary place. Luckily if you are a porcupine you have to adapted with a very strong and pointy defense mechanism. At first it seemed like this porcupine was going to be a nice late night snack, however this little guy had other ideas. The hungry lions didn’t give up though, watch the following video to see how this ordeal 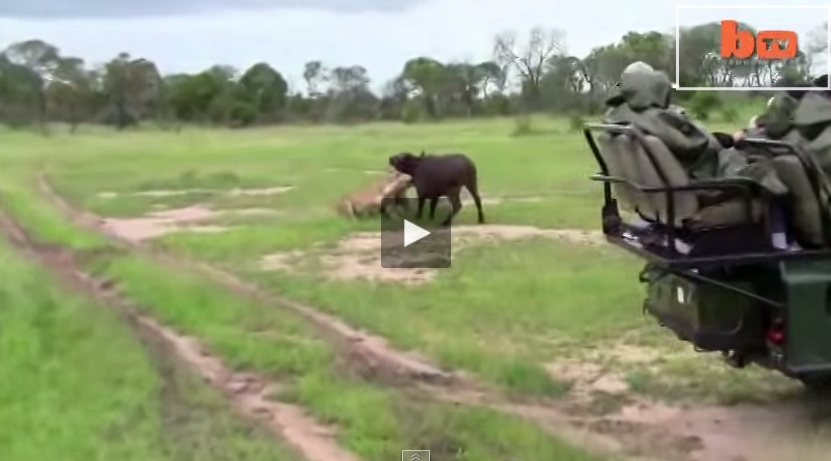 A LIONESS performs an acrobatic leap as she attempts to bring down a buffalo in the Londolozi Private Game Reserve in South Africa. Her sister chased down a young buffalo, but had done little more than slow it down, when the lioness appeared from nowhere to deliver what almost turned out to be the decisive blow. The predator launched herself at the oncoming beast, with no regard for the injuries 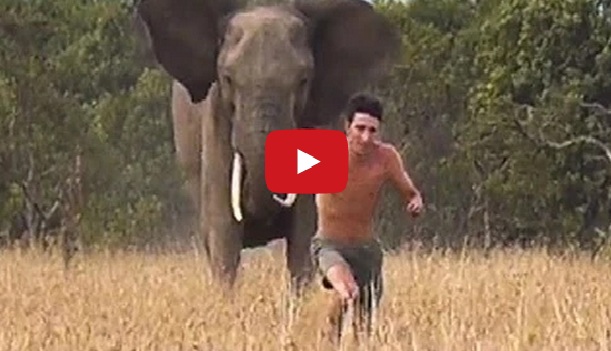 Wild man Andrew Ucles takes you directly into the danger zone of Africa with an elephant attack. Using his unique understanding of animal behavior and his ability to get in up close and personal to these majestic beasts he soon finds himself in a race trying to out run a large African Elephant before he is nearly trampled to death. The sound of an African Elephant chasing you down is only half t 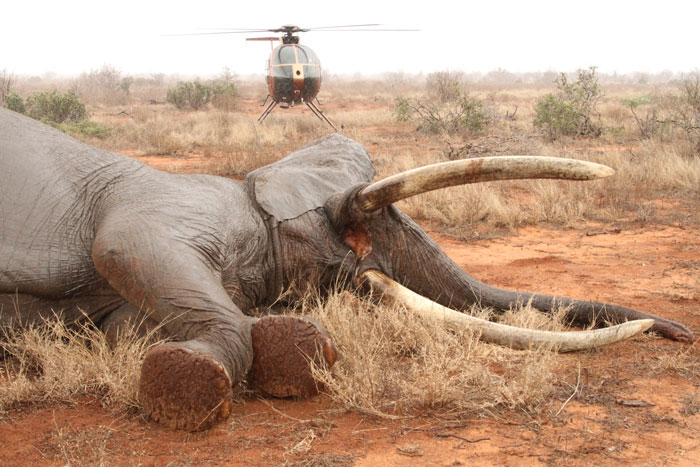 Spotted from the air by the David Sheldrick Wildlife Trust’s Aerial Surveillance Team, an African bull elephant was seen to be struggling to keep up with a number of other male elephants he was travelling with in the vast Tsavo National Park. DSWT Pilot Neville Sheldrick immediately recognised this all too familiar suffering, and a swelling on one of the bull’s hind legs confirmed to him that 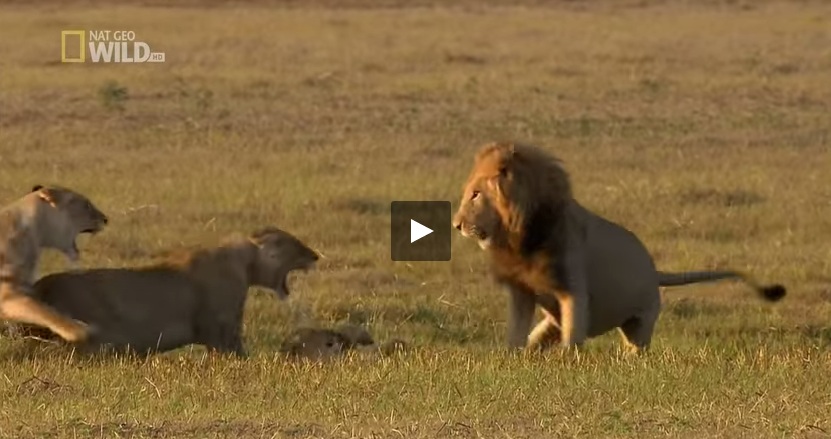 Three lionesses defend their two cubs against two new males who have come for a takeover! Luckily for the lionesses the new males are quite nervous and insecure and so are relatively merciful in their behaviour. Filmed in 2011 in Zambia's Kafue National Park by Nat Geo. 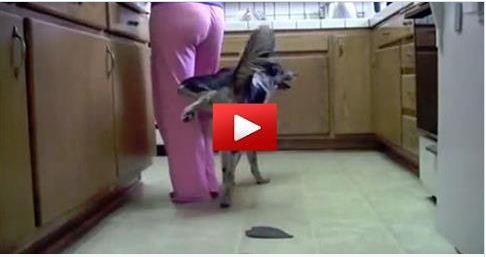 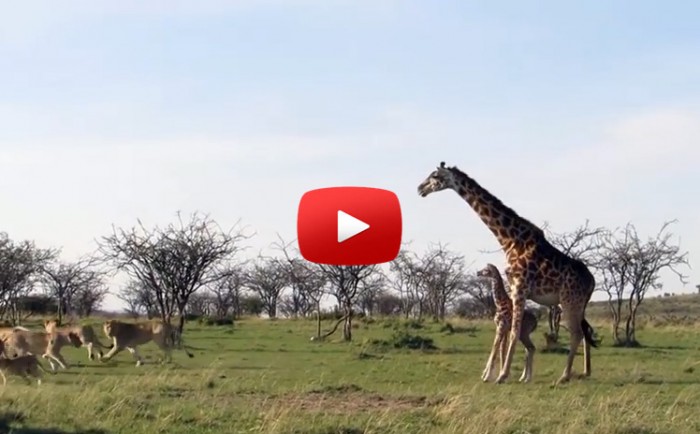