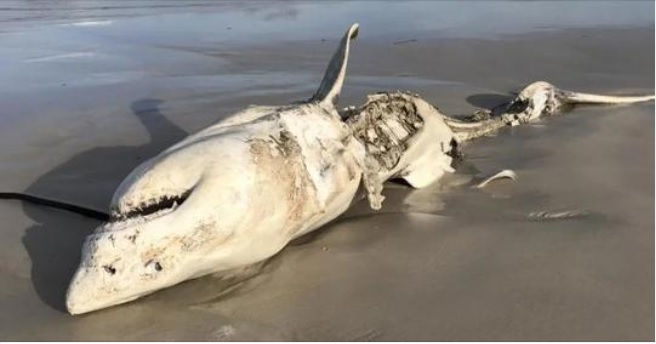 There is no sea creature whose name inspires terror – rightly or wrongly – as much as the great white shark. (Hennie Otto/Marine Dynamics/Dyer Island Conservation Trust) With its sleek body optimized for hunting, its sharp teeth, and its (somewhat undeserved) reputation for enjoying human flesh, the great white (Carcharodon carcharias) is widely regarded as one of the ocean's top pre

I Photograph Great White Sharks In (Hopefully) A Non-Scary Way 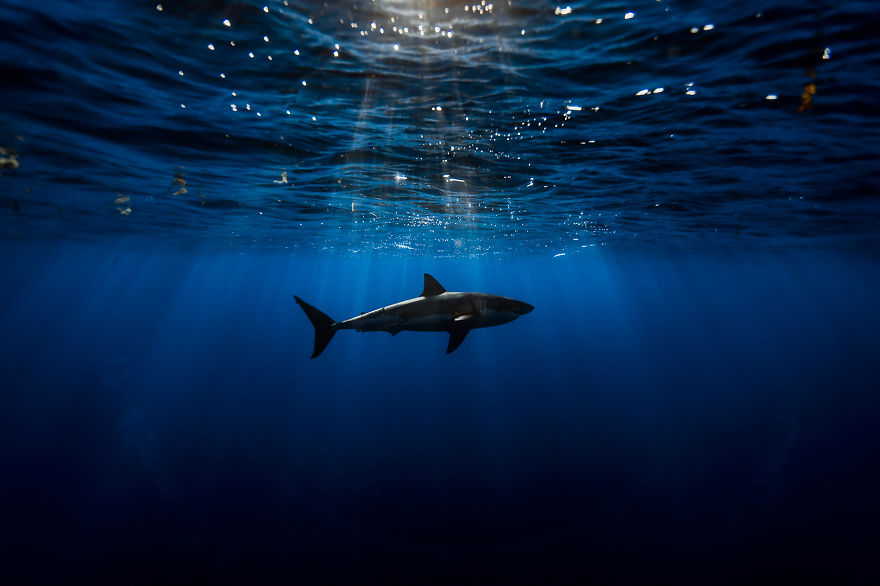 I’m George Probst, and I have been photographing great white sharks at Mexico’s Isla de Guadalupe since 2006. As a child, I was initially both fascinated and terrified by sharks from a very early age. I had always wanted to see a great white in the wild, which was something I had always just considered a “bucket list” item. When I headed to Guadalupe in 2006 armed with only a tiny point-an

Octopus Attacks Shark And Swallows It 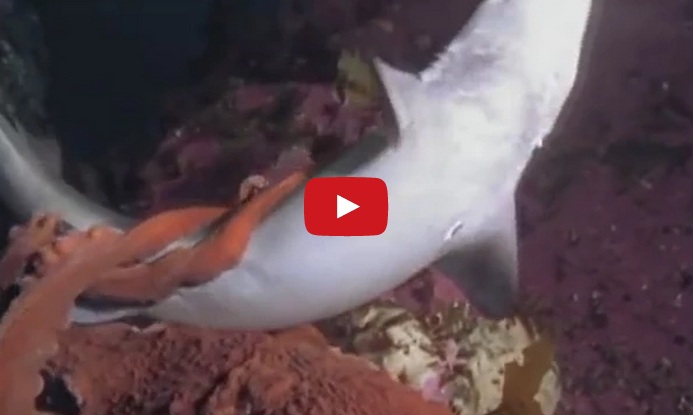 Unbelievable video of a Octopus making an unprovoked attack on a shark and fully swallowing the shark. Normally, an octopus is a prey for the shark but as you can see in this video, the roles are reversed here and octopus kills and swallows the shark since a shark is always a threat to the octopus. 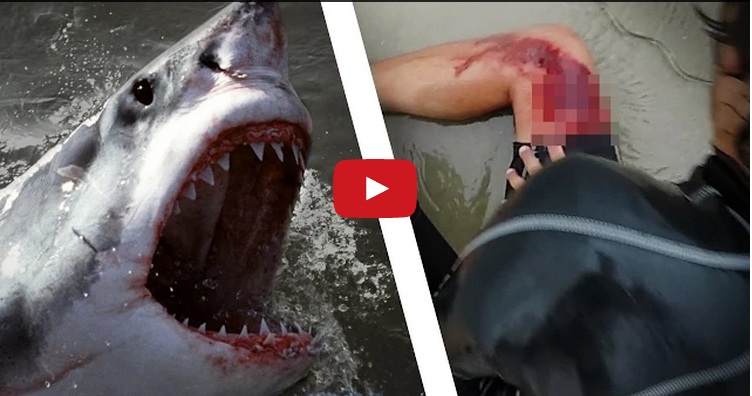 New shark attack on bodyboarders in north of France. On the morning of 17th August 2014, my brother has been bitten by a shark while he was bodyboarding. Hopefully, I had a GoPro to catch it! A lot of seals are roaming around in this region, apparently sharks as well... Music from https://www.youtube.com/user/AnjerX Des bodyboarders ont subi une nouvelle attaque de requin, dans le nord de 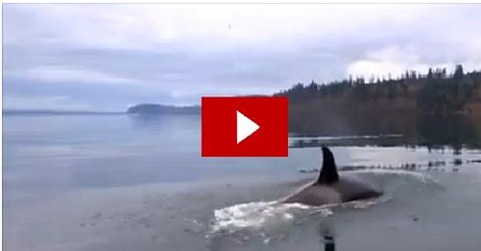 William Chapman recently found a pod of Orca whales while at work… It looks like they were following him! That’s a lucky guy!

She Went Underwater And Was Approached By An Eel, Then Something Magical Happened… 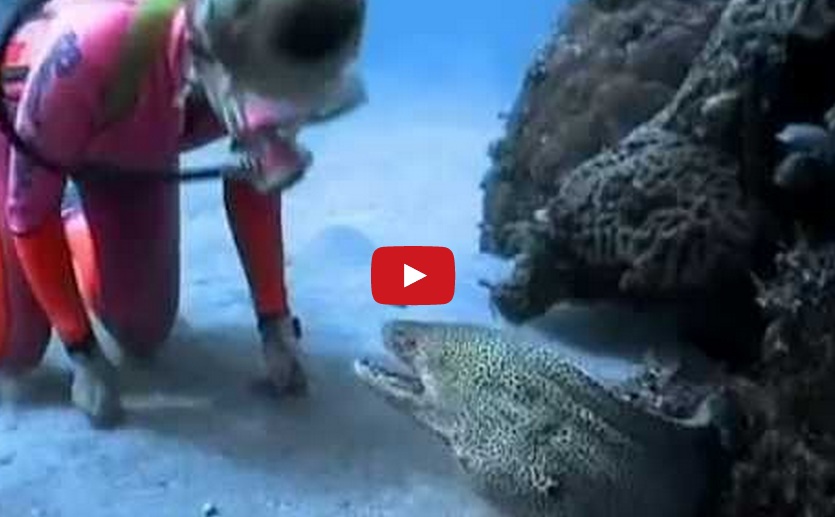 Valerie Taylor is a renowned professional diver and shark expert. But one of her most remarkable experiences involved a moray eel that she became great friends with and eventually named Honey. She first met the eel in 1974 in the waters around Banda Island, Indonesia, and their amazing bond lasted for a very long time. I’ve heard of wild dolphins developing incredible relationships like this 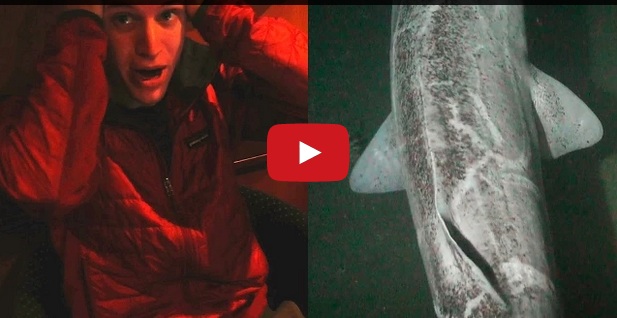 A National Geographic researcher is startled to see a Greenland shark where none has ever been seen before: off Russia’s Franz Josef Land. An underwater camera captured images of the shark, a species scientists know very little about.

Killer Catfish Hunt Pigeons. A population of catfish have been honing quite a remarkable hunting technique. These catfish have developed a way to catch and eat pigeons by partially coming out of the water. They are referred to as the "Freshwater Killer Whales". Watch these catfish eat pigeons. 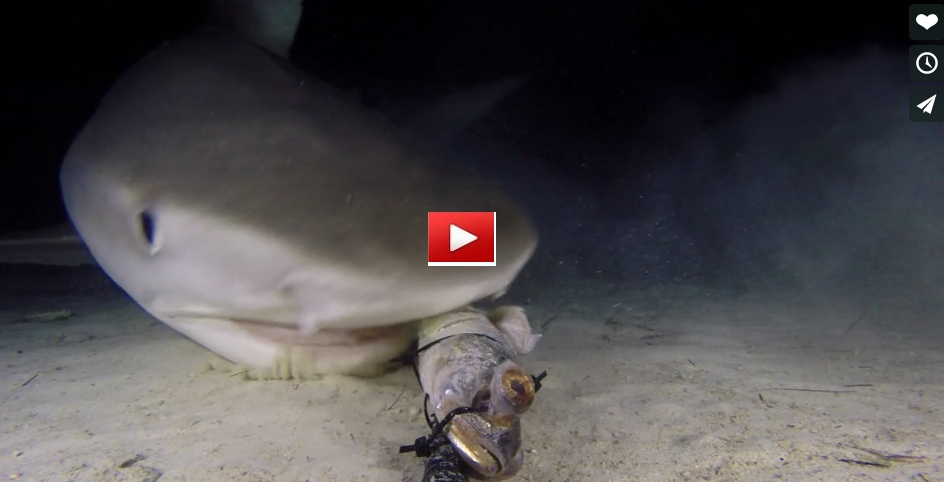 Deep Tiger Shark Two from Andy Murch on Vimeo. A second male Tiger Shark attacks the Deep Cam. This time, 800ft below the waves off South Bimini Island in the Bahamas. 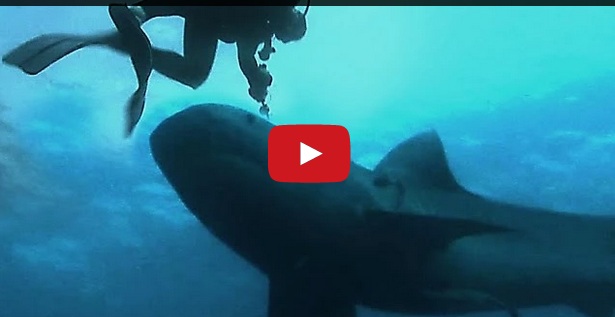 This 15 foot long Tiger Shark got way too close for comfort during a recent dive off the coast of South Africa. This amazing interaction was caught on camera by our partner, adventurer Rainer Schimpf, who operates Expert Tours out of Port Elizabeth, South Africa. Rainer explained that during a professional dive such as this, there are a few key “dos and dont’s” that divers must keep