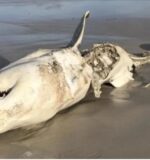 There is no sea creature whose name inspires terror – rightly or wrongly – as much as the great white shark.

With its sleek body optimized for hunting, its sharp teeth, and its (somewhat undeserved) reputation for enjoying human flesh, the great white (Carcharodon carcharias) is widely regarded as one of the ocean’s top predators.

And that’s true, it is – but there’s something even the great white fears.

Since 2017, scientists have documented that the sharks have made themselves extremely scarce off the coast of South Africa, where they usually congregate. Initially, the strange disappearance was blamed on human activity, such as overfishing.

But research has confirmed in detail the true culprit: a pair of orcas (Orcinus orca), hunting the sharks and slurping out their delicious, nutritious, vitamin-rich livers.

Once upon a time, the fishing town of Gansbaai on the South African coast was something of a mecca for shark-spotters – so heavily populated with the predators that nearby Dyer Island is considered the great white shark capital of the world.

Over the last few years, however, the sharks’ presence has been diminishing. 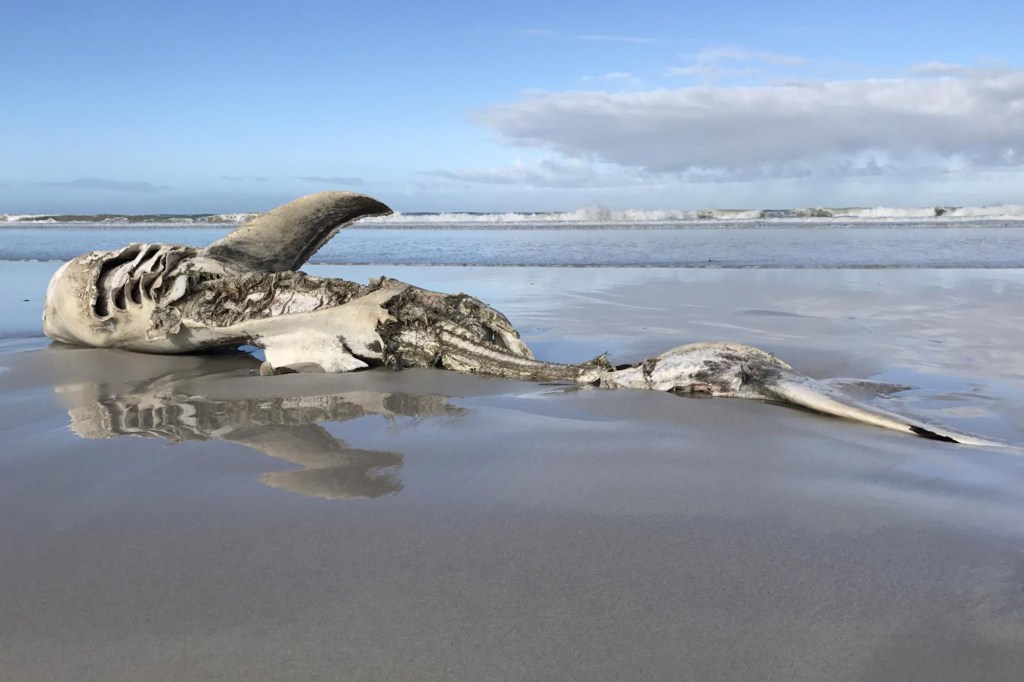 Scientists are studying the long-term effects that could be had by the shark killings.Hennie Otto/Marine Dynamics/Dyer

In addition, since 2017, at least eight great white sharks have washed ashore at Gansbaai, several of them missing livers (and some without their hearts) – the hallmark of an orca attack.

The wounds on these sharks are distinctive, and have been traced to the same pair of orcas. It’s likely, scientists believe, that the pair are responsible for many more great white deaths that haven’t washed ashore.

We know from other studies that the presence of orcas can drive great white sharks away pretty adroitly. One study in 2020 found that great whites will scarper away, without fail, from preferred hunting waters off the coast of San Francisco if an orca makes an appearance in the region.

In a study from 2022, using long-term sighting and tracking data from tagged sharks, a team of scientists led by marine biologist Alison Towner of the Dyer Island Conservation Trust found that orcas are the reason sharks are starting to avoid what used to be some of their favorite spots.

“Initially, following an orca attack in Gansbaai, individual great white sharks did not appear for weeks or months,” Towner explained.

“What we seem to be witnessing though is a large-scale avoidance (rather than a fine-scale) strategy, mirroring what we see used by wild dogs in the Serengeti in Tanzania, in response to increased lion presence. The more the orcas frequent these sites, the longer the great white sharks stay away.”

Over the course of five years, the team tracked 14 sharks that had been GPS tagged as they fled the area when orcas were present. Sightings of great white sharks are also down, quite significantly, in several bays.

This is a huge deal. Only twice before had great white sharks been noted as absent for a week or more in Gansbaai since record-keeping began: a period of one week in 2007, and a period of three weeks in 2017.

The new absences, the researchers said, are unprecedented. Moreover, they’re altering the ecosystem.

In the absence of great white sharks, copper sharks (Carcharhinus brachyurus) are moving in to fill the vacant ecological niche. These sharks are preyed upon by great whites; with no great whites around, the orcas are hunting the coppers instead.

And, notably, they’re doing so with the skill of predators who have had experience in hunting large sharks, the researchers said.

“However, balance is crucial in marine ecosystems, for example, with no great white sharks restricting Cape fur seal behavior, the seals can predate on critically endangered African penguins, or compete for the small pelagic fish they eat. That’s a top-down impact, we also have ‘bottom up’ trophic pressures from extensive removal of abalone, which graze the kelp forests these species are all connected through,” Towner said.

“To put it simply, although this is a hypothesis for now, there is only so much pressure an ecosystem can take, and the impacts of orcas removing sharks, are likely far wider-reaching.”

It’s also worth considering the reasons why orcas might be hunting sharks. Their livers are rich sources of nutrition, huge, plump, and full of fats and oil that the sharks use to fuel their epic migratory journeys across the ocean.

But it’s unclear how the orcas figured this out, or why they might seek the shark livers as a preferred source of nutrition.

It’s possible that some orcas are adapting to preferentially hunt sharks, perhaps in response to declining numbers of their preferred prey. However, given that great white populations are declining worldwide, the added pressure of an efficient predator is a cause for concern.

The team’s research has been published in the African Journal of Marine Science.