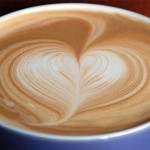 The greatest health benefits come from black coffee, so ease up on cream, sugar and other additives to get the full benefit. Results show that death rates over a 13-year period among men and women who drank coffee decreased with a greater number of cups per day, up to six. The trend was seen for deaths from any cause, and from specific causes such as heart disease, respiratory disease, stroke and diabetes. This relationship, however, was not seen for those who died of cancer.

“We observed associations between coffee-drinking and a range of different causes of death, and across a number of different groups,” said lead author Neal Freedman, of the National Institutes of Health. “The effect was seen in both men and women, those of different body weights, and in both former and never smokers.”

The study showed an association, not a direct cause-effect relationship, between coffee and mortality rates.

Still, while high coffee consumption was previously thought to have adverse health effects, this study adds to the growing body of recent findings that show higher coffee consumption is not harmful, and in some cases may have health benefits, said Jeanine Genkinger, an epidemiology professor at the Columbia University School of Public Health in New York City, who was not involved in the research. Genkinger emphasized that the greatest benefits may come from black coffee — cream, sugar and additives may be detrimental to health.

The study was published on May 17 in the New England Journal of Medicine.

Coffee’s perks
Researchers looked at the coffee drinking habits of 402,260 members of the American Association of Retired Persons. Participants completed a detailed dietary, lifestyle and demographic questionnaire at the study’s start, when they were between ages 50 and 71. During the study, 52,515 participants died.

The association between drinking coffee and mortality was seen among different races and education levels, and in a very large group with a large number of deaths — this type of analysis was not done in previous studies, said Esther Lopez-Garcia, of the Department of Preventive Medicine and Public Health at the Autonomous University of Madrid in Spain.

The new study also removed the possibility of smoking and alcohol as confounding factors, said Edward Giovannucci, a nutrition and epidemiology professor at the Harvard School of Public Health in Boston. “One of the concerns about studies of coffee is that coffee drinkers often tend to be smokers and alcohol drinkers.”

The limitations of the study included that participants reported their own coffee consumption, and only at the beginning of the 13-year study, Lopez-Garcia said. In addition, researchers did not gather data on the specific types of coffee consumed, except whether it was caffeinated.

A previous Mayo Clinic study showed that drinking four or more cups of coffee daily causes headaches, stomach upset, restlessness and a racing heartbeat — all attributable to caffeine. Some health conditions such as insomnia, anxiety and hypertension can worsen with too-frequent consumption.

“The potential effects on cardiovascular disease are complex, because some may be beneficial and some adverse, but the results from this study suggest that the benefits may outweigh the adverse ones,” Giovannucci said.

Coffee contains many chemicals, including antioxidants and compounds that can prevent mutations.”Some of the components in coffee are among the strongest and most abundant antioxidants in our diets,” Giovannucci said.

Coffee may also be good for the brain. Neuroscientists have shown that coffee drinkers have a lower risk of brain disorders as they age. In fact, brain benefits may come with drinking decaf: A study of Type 2 diabetes patients showed those who drank decaf had a lower risk of mental decline than those who did not drink coffee. The researchers attributed the mental benefits to compounds called polyphenols, which have been linked with improved cognitive skills.

What’s the true health benefit linked to coffee?
“Coffee, but not caffeine, is a very positive aspect of the diet, and in my opinion, it reduces the risk of many diseases, including cardiovascular disease and diabetes,” said Terry Graham, a nutrition professor at the University of Guelph in Ontario. Graham said he recommends people at risk for Type 2 diabetes drink decaffeinated coffee.

Lopez-Garcia noted that coffee drinking may also be a marker of other healthy habits. “In the Mediterranean countries, people go to coffee shops to drink coffee, so this consumption is associated with leisure time and socializing,” said Lopez-Garcia. She said that while biological mechanisms have been suggested to explain coffee’s benefits, researchers should also look at environmental factors associated with coffee drinking.