What It’s Like to Visit Regensburg With a Local 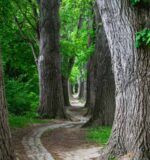 Disclosure: This post (probably) contains affiliate links. If you click on one, I may make a small commission. Of course, this will come at no extra cost to you and helps keep this site running. Despite being based in Europe for years and years, Germany was a country I kept overlooking. It just felt so close and quite easy, leading me to favour elsewhere in Europe instead. But this also meant that I kept delaying visiting my friends, Lori and her husband from the California Globetrotter in their adopted home, Regensburg. So when I finally decided on a big Germany trip, I knew I had to visit Regensburg and see them.

Regensburg is one of the largest cities and tourist destinations in the state of Bavaria. Much of that has to do with the Danube River which flows through it. The city is a popular stop for river cruises and it’s easy to see why with its atmospheric medieval centre. Visiting on my own I’m sure I would have enjoyed the city quite a lot. But even better, my friends were kind enough to show me around the city they call home and take me through many of the best things to do in Regensburg. While catching up with my friends was one reason for visiting Regensburg, seeing their home city was the other. I’d only ever passed through the city on a bus in the middle of the night, so I was quite keen to explore. Regensburg may not be one of the most popular destinations in Bavaria, but it’s no slouch either. There’s certainly no shortage of things to see in Regensburg, especially through Regensburg city centre.

Unlike say Munich, Regensburg has wonderfully preserved and UNESCO-recognised medieval Old Town waiting to be explored. Passing through its narrow streets and open squares, there’s an awful lot to taken in. One moment you’re looking at a 16th century painting of David and Goliath on the side of the house. The next, you’re standing by the remains of ancient Roman gate. There are actually quite a few bits of Roman ruins through Regensburg that my host knew I’d be keen to see. As for major landmarks in town, we ran the gamut. Probably the most iconic sight in Regensburg is the city’s Old Stone Bridge. The bridge dates from the 12th century and has plenty of local legends surrounding it. At the end of it, you then have the charming Brückturm. Delve into the Old Town and you’ll soon find the pretty Old Town Hall, which was being worked on (naturally).

Realise that this is just a brief breakdown of what to see in Regensburg. For a more detailed idea of the city, I highly recommend Lori’s guide to Regensburg. Being Europe, we can’t overlook the churches of Regensburg. The big one is Regensburg Cathedral, the sole Gothic cathedral in Bavaria, that’s pretty hard to miss. It too was under renovation work, which is why we didn’t spend too long there. Instead, it was the Basilica of the Nativity of Our Lady below and St. Emmeram’s Abbey that are fresher in my mind. That is the basilica above so you can see why. One great thing about having local help see Regensburg is being shown all its most scenic spots. And it’s fair to say that Regensburg has quite a lot to choose from. Some, like the city’s wonderful riverfront, are places to visit in Regensburg that I could have found myself. But it’s often those harder to find places that are the most worthwhile.

Take the Allee of the Giants for instance. This twisty path through giant trees is found on the Oberer Wöhrd island in the Danube. It’s in an area you’d not find by accident and I was utterly transfixed when I was shown it. Definitely a great spot for taking photos that’s for sure. Sightseeing with a local also means being shown the best viewpoints around Regensburg. Even though the city is known for its patrician towers, I was shown some less obvious lookout points. One was up on the hills north of town, by the Dreifaltigkeitskirche. From there you can see right across Regensburg, with just the Regensburg dom sticking out. We also got a much closer city view thanks to the rooftop views from the GALERIA shopping mall on Neupfarrplatz. Finding good typical restaurants in an unfamiliar city is always a bit of a challenge. I also have to admit that I can be a bit lazy on the food front when I travel. Which is why it was so nice not to have to make decisions about food while Regensburg.

We went to a few different places during my visit, starting with Wurstkuchl by the waterfront. After all, I had the local bratwurst while in Bamberg and had to compare them with Regensburg’s offering. Not sure I could pick a favourite – both were great.

The most anticipated meal here was dinner at Weltenburger am Dom. This restaurant is connected with the Weltenburg Abbey, whose beer may be the oldest monastic brewery in the world. So of course I had the bockbierschnitzel, a schnitzel served with a beer sauce. Doesn’t get much more German than that.

It wasn’t all beer and hearty food though, thanks to some coffee and cake at Konditorei Opera. It’s a little out from the city centre and quite cosy inside, but the cake selection was impressive and quite creative. Besides being shown around Regensburg, the other perk of having local friends is they know the city’s surroundings as well. What’s more, they have a car so it was easy to zip around to places I’d never see otherwise. Over a day and a half, they showed me multiple places around Regensburg that are well worth a look. Safe to say, this part of Bavaria is blessed with plenty to see.

One place just outside the city to the east is the imposing Walhalla memorial. This massive neo-classical building was built in the 19th century to honour significant people in German history. Inside its main hall are busts of renowned Germany writers, artists, scientists and more. Then there’s the fantastic views from the top of its immense staircase leading down to the riverfront. Another is the Kuchlbauer Brewery in Abensberg, which is special thanks to its incredible tower designed by famed architect Friedensreich Hundertwasser. While I’ve seen several buildings designed by Hundertwasser in Vienna, it was cool to see one of his designs in Germany. Other places we visited include the riverside Weltenburg Abbey and its busy beer garden, and the beautiful village of Kallmünz.

Dropping in on Dult The timing of my visit to Regensburg was interesting as it coincided with the local festival of Dult. Similar to Oktoberfest in Munich, it’s a big beer festival that sees people dress up in dirndl and lederhosen. However Dult is actually held twice a year, once in spring and once in autumn. And while we weren’t feeling like a big night at the festival, we did drop in so I could see what Dult was like.

What was quite cool was that we were able to briefly pop into the main tent and see what it was like. Not that the festival stalls and amusement park weren’t entertaining. But quickly seeing the main tent isn’t something you can really do at Oktoberfest. And having seen Wiesnfest in Vienna, it was nice to witness another beer festival and see what it’s like. If you’re curious about Dult, make sure to check out Lori’s guide to Regensburg’s Dult festival. Unless you also have a local friend to rely on, you’ll probably want some advice on visiting Regensburg. The good news is that Regensburg couldn’t be easier to reach with public transport. You’ll have no trouble getting the train to and from nearby cities like Munich and Nuremberg, with the latter under an hour away. Although it may be cheaper if you try Flixbus. I was even able to get from Regensburg to Vienna direct with them.

As for somewhere to stay in Regensburg, I can’t help you much there. My friends’ spare room isn’t on Booking.com after all. However, you will find there is a decent selection of accommodation in the city if you stay overnight.