Whether you are backpacking against the relentless winds of the High Sierras or just heading to a campsite a few hours north for a couples getaway in an overloaded midsize sedan, setting up a tent is the bane of a camper’s existence.

On top of the universal human trait of laziness, no one likes flopping around inside a sleeping bag that’s more akin to a straight-jacket. That’s why a group of Swiss scientists decided to put a modern twist on the sleeping bag by crossbreeding it with a tent. 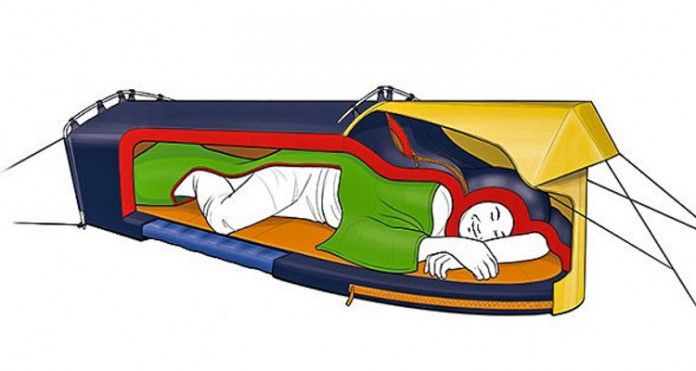