THERE’S SOMETHING OUT THERE: Astronomers Find Repeating Signals From Galaxy 3 Billion Light-Years Away 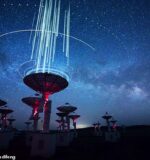 “Bursts from this source have never been seen at this high a frequency.” 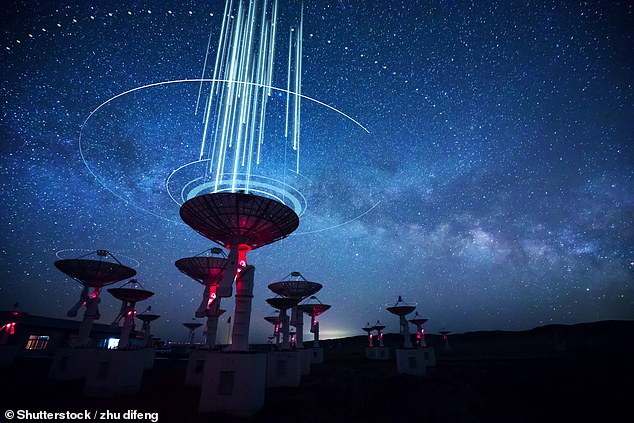 On August 26, scientists with the Breakthrough Listen initiative at the University of California (UOC), Berkeley, which is devoted to discovering signs of alien intelligent life, recorded 15 repeating fast radio bursts (FRBs) from a dwarf galaxy 3 billion light-years away.

Since FRBs, which last only a few milliseconds, were discovered 15 years ago, over 20 have been recorded, and most don’t repeat, but in 2016 one did; the scientists called it FRB 121102. More than 150 high-energy bursts have been observed coming from FRB 121102.

On August 26, 15 more bursts came from FRB 121102. They were recorded using the Green Bank Telescope in West Virginia.

As Newsweek notes, “Because FRBs have an extremely short duration, and because scientists usually find them in data only after the event has taken place, pinpointing their origin has not been possible.”

Vishal Gajjar, a postdoctoral researcher at UC Berkeley, collected 400 terabytes of data over the 4 to 8 GHz frequency band, or C-band, utilized primarily for satellite communications transmissions. The scientists said in their Astronomers Telegram that the source of the pulses is in a “heightened activity state … Follow-on observations are encouraged, particularly at higher radio frequencies.”

“Bursts from this source have never been seen at this high a frequency,” said Andrew Siemion, director of the Berkeley SETI Research Center and of the Breakthrough Listen program. Steve Croft, a Breakthrough Listen astronomer at UC Berkeley, pointed out that when the recently detected pulses left their host galaxy, our solar system was less than two billion years old.

Although some explanations have been offered for the source of the FRBs, such as a neutron star collapsing into a black hole, that would produce only one burst, not a repetitive pattern. And another explanation, that a young, highly magnetized neutron star might be the source, is problematic because such an entity has not been detected in the region of space from which the FRB came.

Updated version of the previous article.