She Ripped Holes Into A Perfectly Good Dresser. Why? BRILLIANT!! 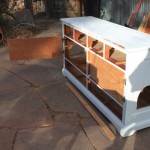 If you’re a cat person, you get it. Cats are awesome. They’re cuddly, adorably cranky, have minds of their own, and their reaction to a simple paper sack can entertain you for days.

But with all the fabulous things a feline can bring into your life, there’s one aspect about kitties that really stinks — the litter box.

It’s the worst! Yet it’s a small price to pay if you love having a cat climb and pounce around your house. Please SHARE this amazing home project with everyone you know, so that more people are aware that if there’s a problem that needs to be solved, there’s definitely more than one way to skin a cat!