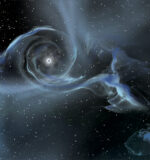 Scientific progress towards a quantum computing future has so far involved lots of different breakthroughs in lots of different (but related) fields, and there’s now a new one to report: the discovery of a crucial quantum speed limit.

This latest research answers a fundamental question – how fast can a quantum process be? It’s a useful piece of information to know if you want to build a quantum computer or a quantum network, as it tells you some of the limitations inherent in the system.

Thankfully for those of us who aren’t quantum physicists, the team behind the new study has provided an easier-to-understand analogy which involves a skilled waiter rushing around with a tray of drinks. How quickly can the waiter get all the drinks distributed without spilling any of the liquid?

The answer, it turns out, is to carefully speed up and slow down at certain points, tipping the glasses of liquid when needed to avoid spillage – only here the scientists used cooled-down cesium atoms instead of champagne, and an optical trap created by two laser beams as the ‘drinks tray’.

Such a trap – known as an optical lattice – is formed when two laser beams are pointed precisely at each other (physicists call this counterpropagation), resulting in well-defined interference that’s shaped like a bunch of peaks and valleys. For transportation, the atoms were placed into these valleys, and the two-dimensional lattice was set into motion, not unlike a conveyor belt. Working out how fast this setup could be moved without any disruption to the atoms was the aim of the research.

“We loaded the atom into one of these valleys, and then set the standing wave in motion – this displaced the position of the valley itself,” says physicist Andrea Alberti, from the University of Bonn in Germany.

“Our goal was to get the atom to the target location in the shortest possible time without it spilling out of the valley, so to speak.”

The setup addresses the physical limitations of getting quantum information from one place to another, fully intact. Moving it as quickly as possible helps to protect against outside interference, but go too fast and key bits of data can get lost (you end up with champagne on the floor, in other words).

What the scientists found was that carefully calibrated accelerations and decelerations were required to hit the optimum overall speed limit for transferring quantum data, rather than sticking to a constant speed throughout.

It’s the first time that more complex transfers – where systems need to move through several quantum states along the journey – have been measured in this way. Quantum speed limits for simpler states have already been established.

The Mandelstam-Tamm bound limit for simpler states, named after the physicists who discovered it, doesn’t apply here. What it did do, though, was give the researchers a starting point: the idea that energy uncertainty (how ‘free’ particles are to move between energy states) is crucial to the maximum speed of a transfer.

For more complicated scenarios across greater distances, the energy uncertainty plays part of a role alongside the number of intermediate states that the particles must pass through to successfully reach their destination without interference. Ultimately, more complex quantum systems have a lower speed limit.

Now that we know the fastest speed at which atoms can be moved from one place to another without losing their original state – 17 millimetres per second across a distance of 0.5 micrometres in this study – we know how fast we might be able to push similar transfers inside quantum computer systems.

One of the main problems with quantum states is their fragility or their short coherence time – how long they can stay stable for. This new research puts us closer to understanding how we can make the most of that time.

“Our study reveals the maximum number of operations we can perform in the coherence time,” says Alberti. “This makes it possible to make optimal use of it.”