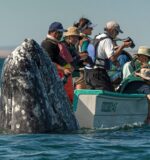 Photographer Eric J. Smith has a knack for putting himself in the right place at the right time. Always with a camera in hand, he’s constantly observing the world to see what might be photo-worthy. In March 2020, he was certainly ready when an opportunity presented itself during a whale-watching expedition in Baja’s San Ignacio Lagoon. His photo of a mother whale popping her head above water, while the whale-watchers remain blissfully unaware of what’s next to them, has become a viral sensation. 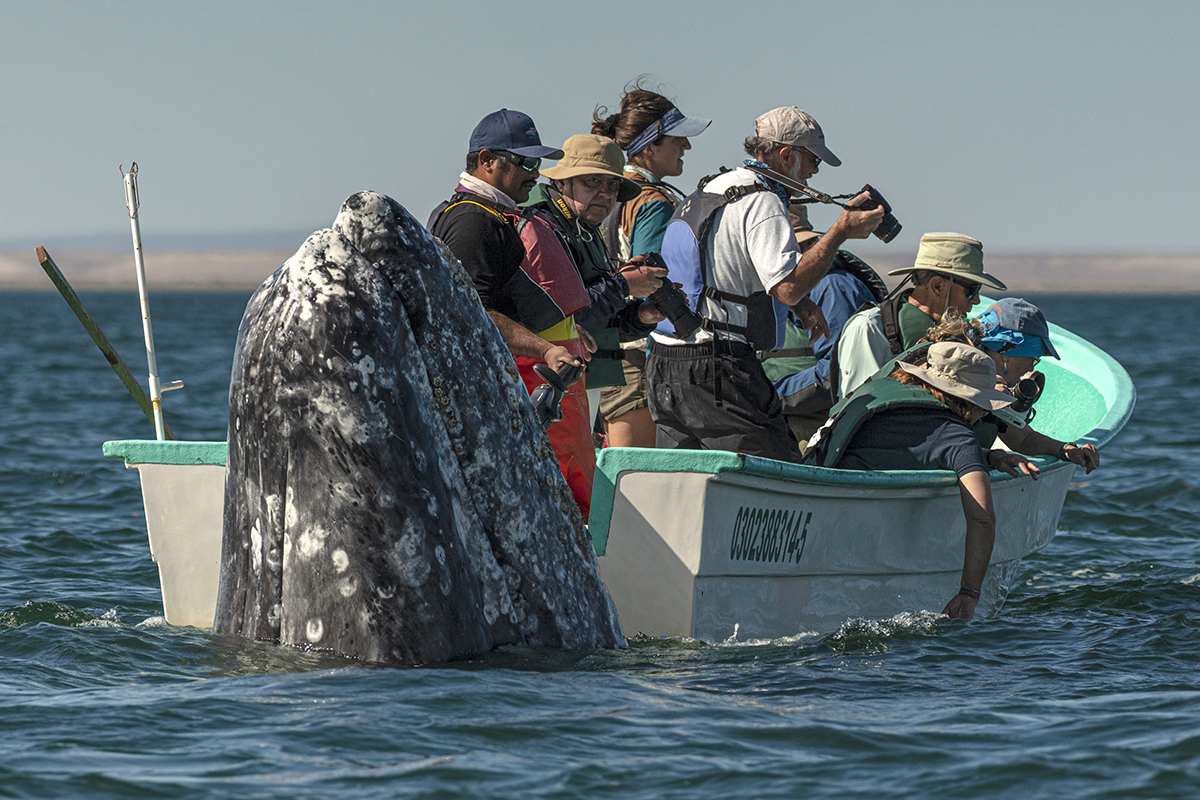 We were lucky enough to touch base with Smith about the photograph and what it feels like to have his work circulate around the internet. This is actually Smith’s second viral photo, and the other one involved whales as well. In 2015, his image of a man looking at his cell phone while an enormous whale rises from the water was his first experience with viral success. The 2020 photograph has had a similar reaction and Smith shared a bit more with us about the day it was captured.

“In March of 2020, the week before the world shut down, I returned to Baja’s San Ignacio Lagoon to photograph the migratory gray whales. I had been there in 2017 and it changed my life. The ability to have such close contact with those amazingly intelligent and friendly creatures was like nothing I had ever experienced. Every morning, small groups of visitors board small motorboats known as pangas, to see the whales,” Smith tells My Modern Met. “In this photograph, a panga with people from my camp was approached by a mother and her baby, known as ‘a cow and calf pair.’ The calf made an appearance near the bow of the boat causing everyone to look forward. A second later, the mother emerged a foot behind the stern in a behavior called a spy hop. She slowly and silently stuck her head high above the water to look around.”

Positioned in another boat a few feet away, Smith was able to snap the photo before everyone realized what was happening. And it was a good thing he was quick, as just as everyone turned around, the whale sunk back below the surface. Smith knew right away that he had something special on his hands.

“Happy accidents are rare, but I try to put myself in scenarios where they are much likelier to occur,” he shares. “I also make it a point to have a good camera with me at all times, because you never know when you’ll see something amazing. I’m always viewing the world in single frames and can’t really turn it off. I’d rather be ready to make an image of a great moment than have it fade from my memory.”

As the image circulates the globe, Smith is happy to know that it’s bringing people joy in a moment when it’s so desperately needed. And, he’s still searching for answers as to why these two photos struck a chord. “This is my second viral image in five years and both of them involve humans and whales. I’ve been trying to figure out what this means, but out of the hundreds of photos I make and publish every year these are the two that have really taken off. I do know that when I am on the water in the presence of whales, I feel at home.” 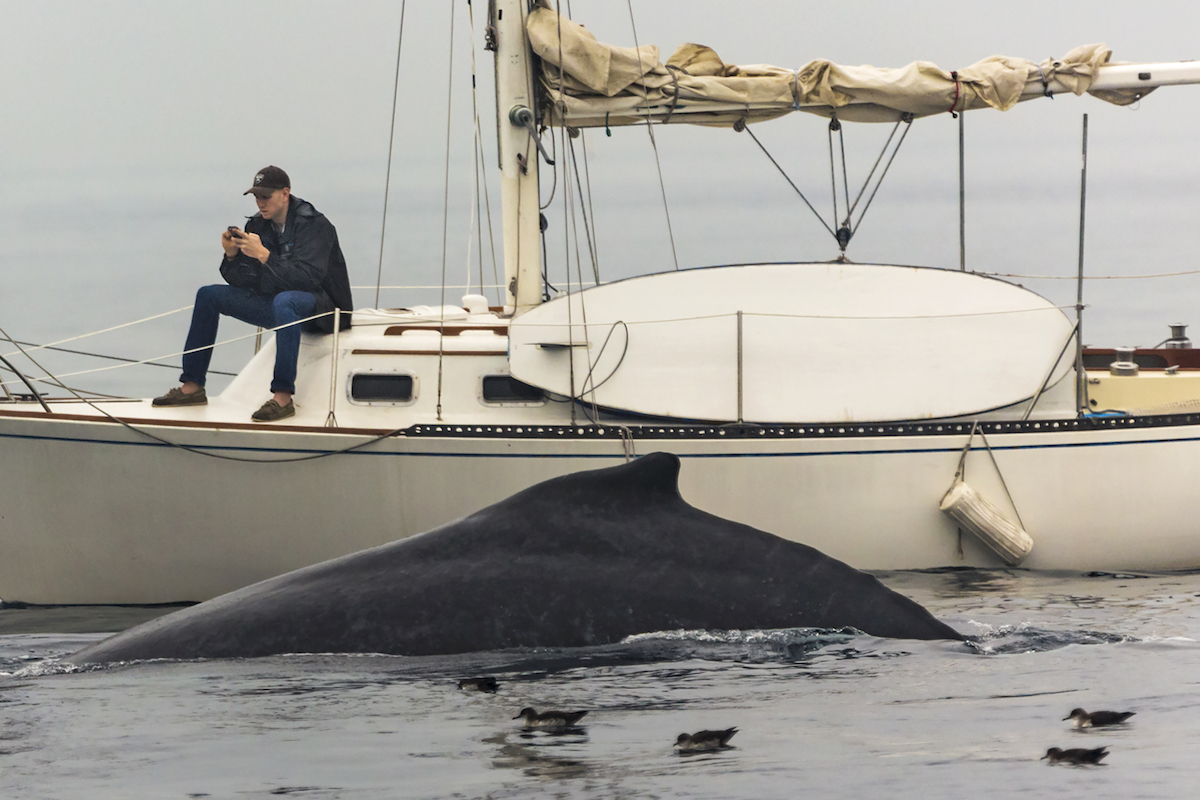 Smith is an accomplished photographer and director with over 25 years of experience. 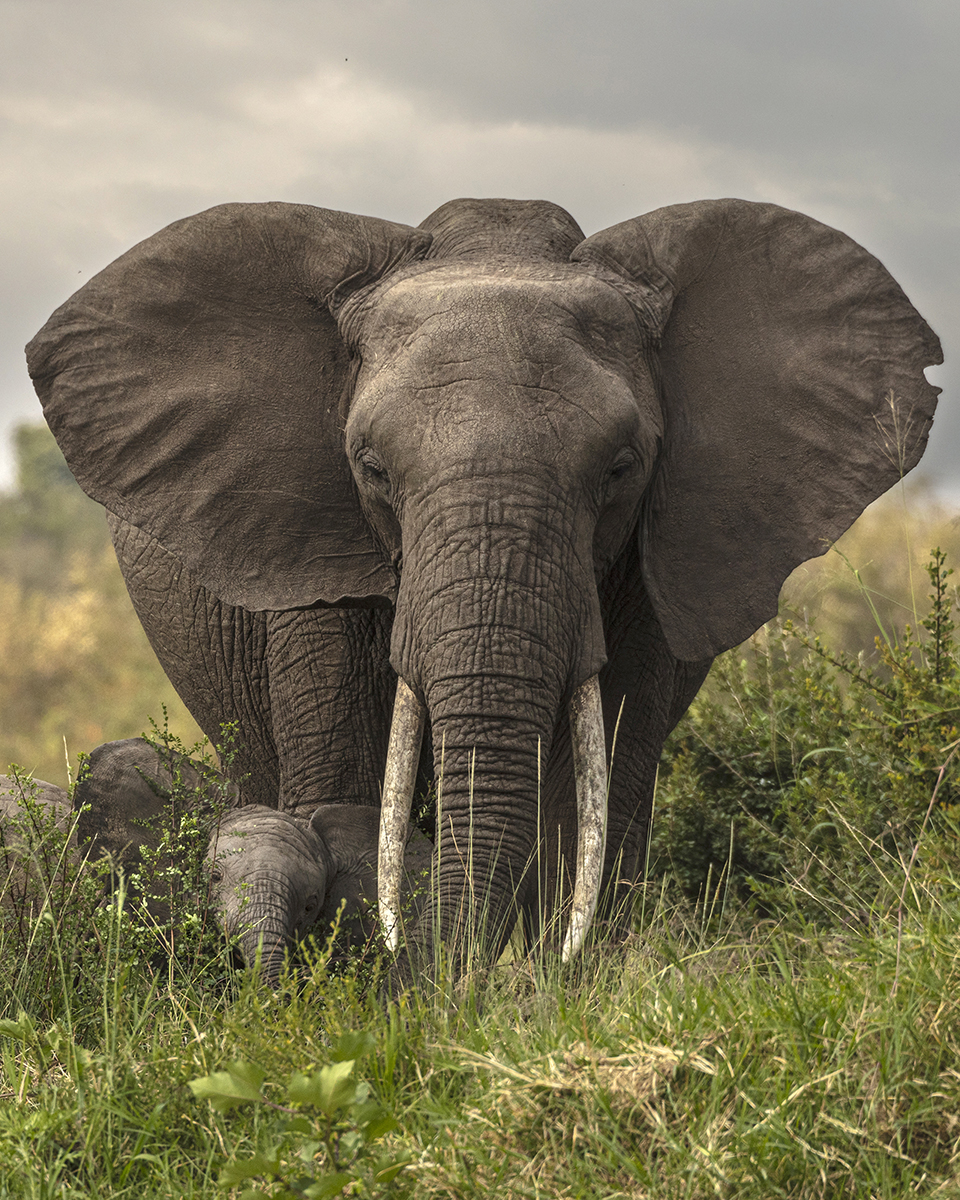 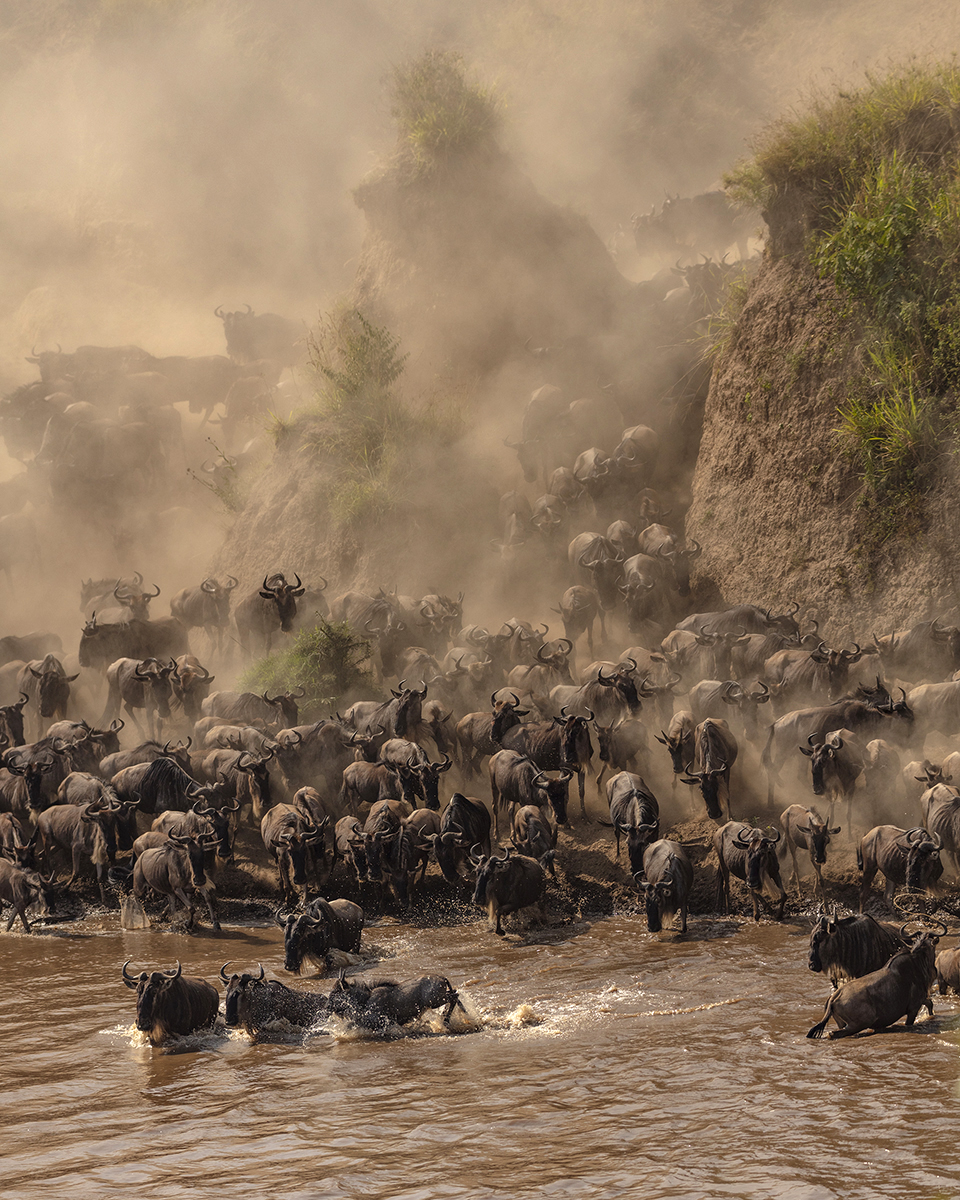 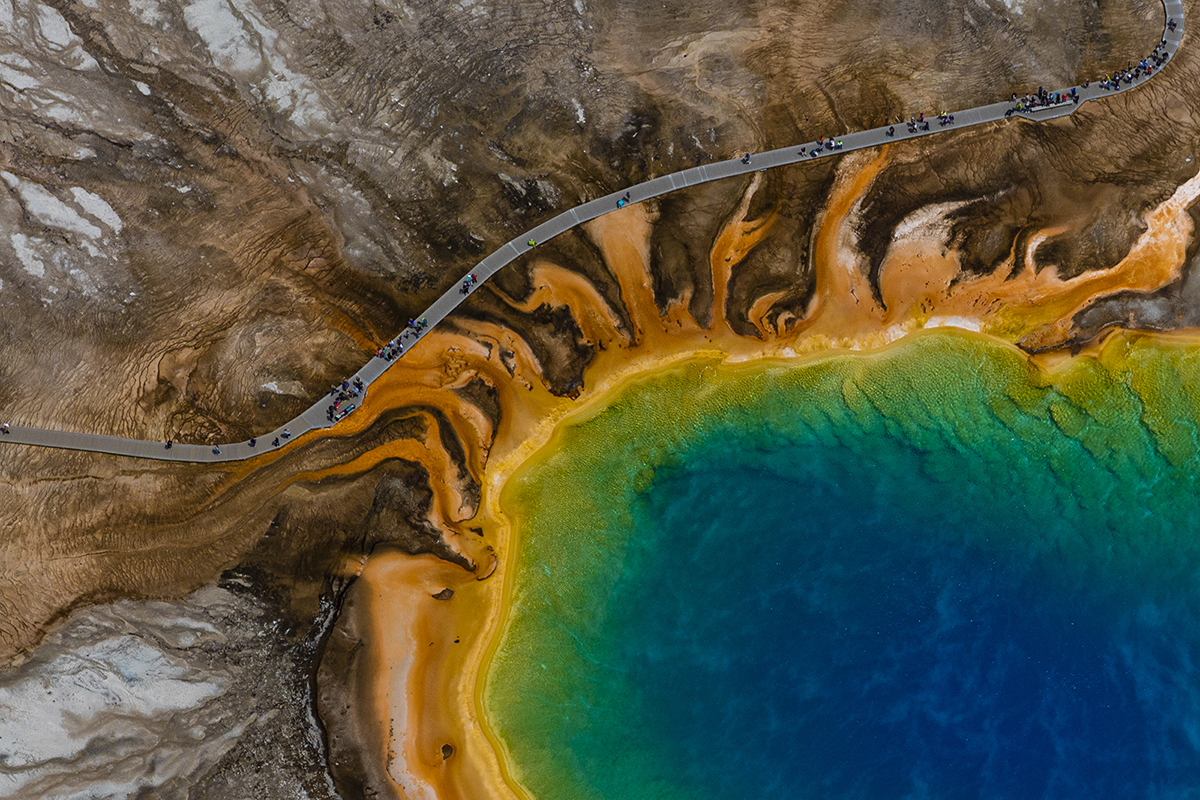 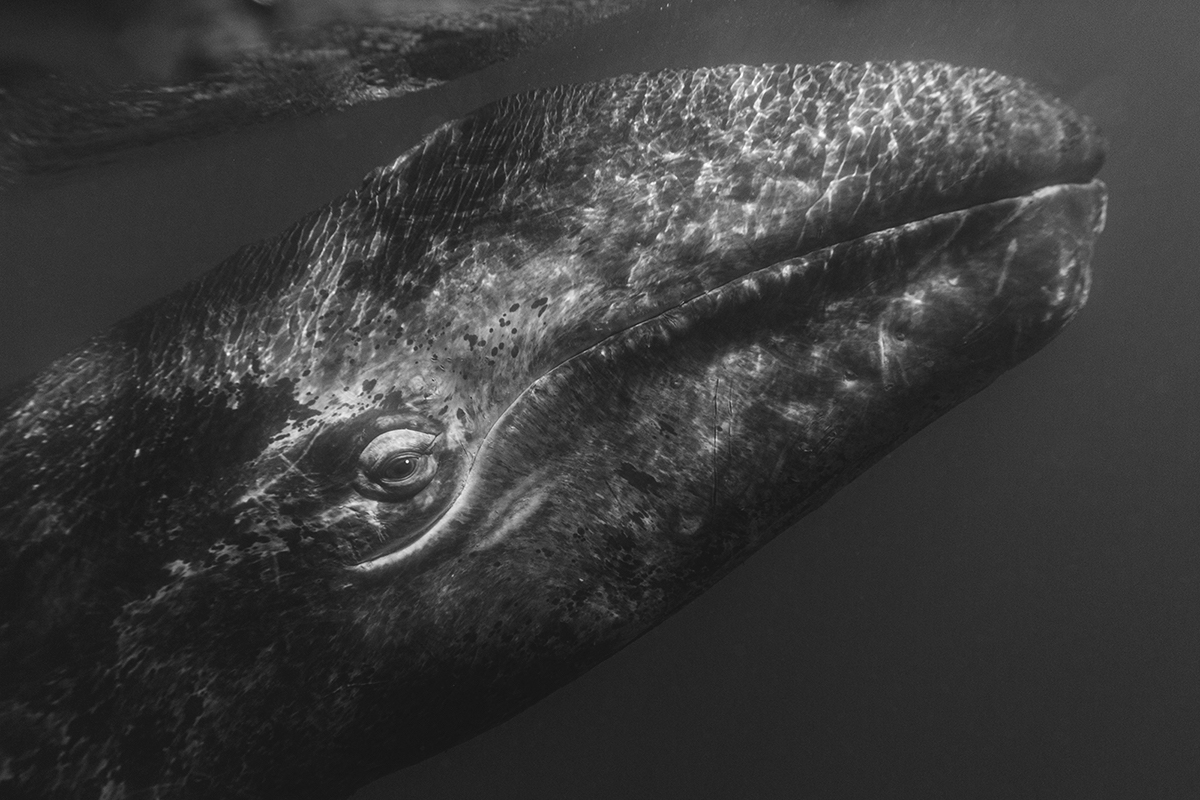 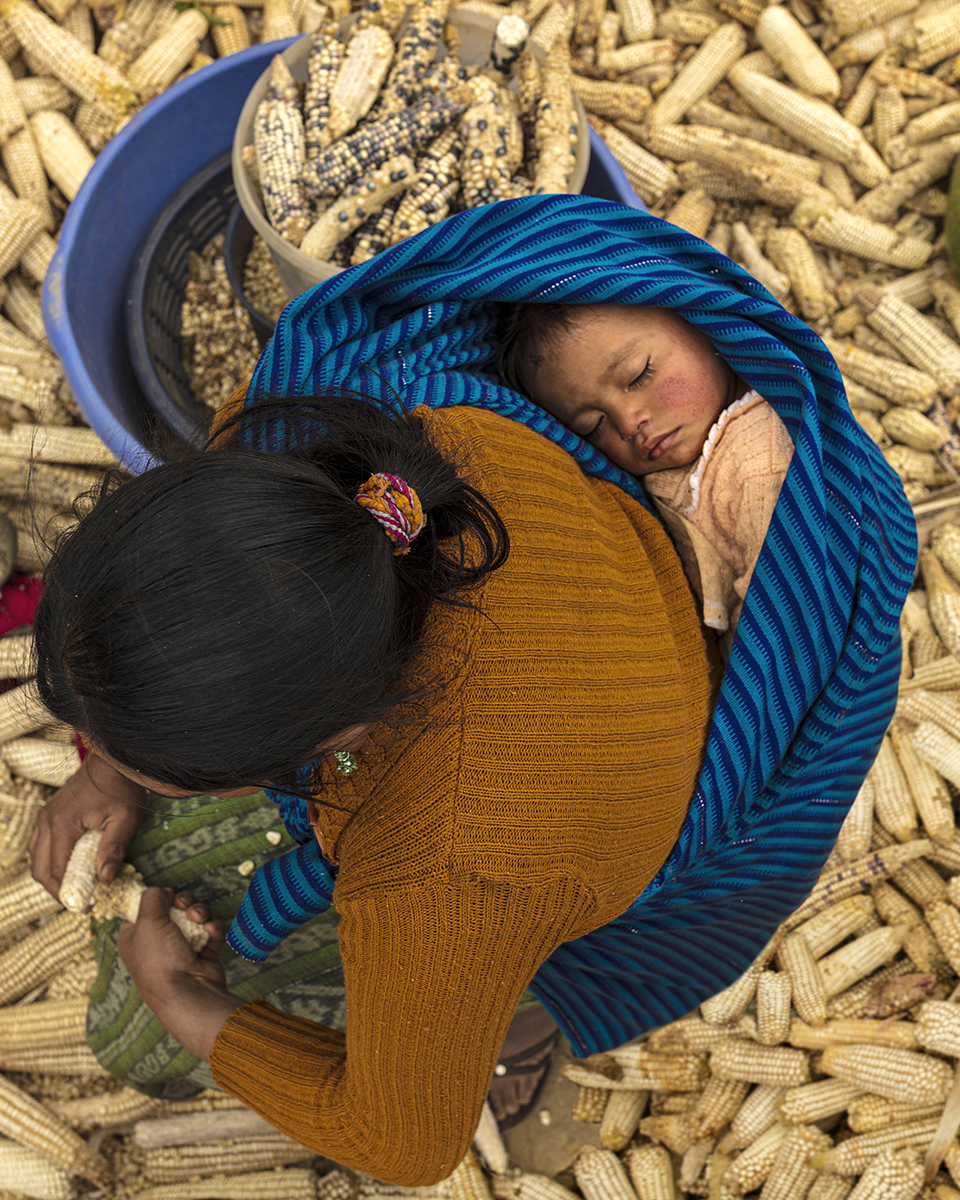 King George Falls is a magnificent dual waterfall that drops 80 meters vertically into a dramatic gorge. It is

Photographer Eric J. Smith has a knack for putting himself in the right place at the right time. Always with

Europe’s most active volcano has been on explosive form, with high lava fountains and several fl