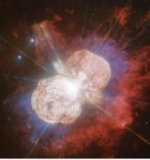 A brilliant light detected by NASA’s James Webb Telescope (JWST) in a galaxy three billion light years from Earth is believed to be the $10 billion scope’s first observation of a dying star exploding. Formally known as a supernova, it is the ‘last hurrah’ that occurs when the star runs out of fuel. This causes the pressure to drop, in which the cosmic object expands to at least five times the mass of our sun – which is the size of about 333,000 Earths – and then detonates, releasing tons of debris and particles.The stellar explosion occurred in the galaxy, SDSS.J141930.11+5251593, where JWST snapped images showing the light of an object get dimmer of a span of five days – a clue that sparked the theory of a supernova.

What is additionally exciting is the fact that JWST was not designed to find and detect new transients, Mike Engesser of the Space Telescope Science Institute (STScI), told Inverse that first reported on the discovery. 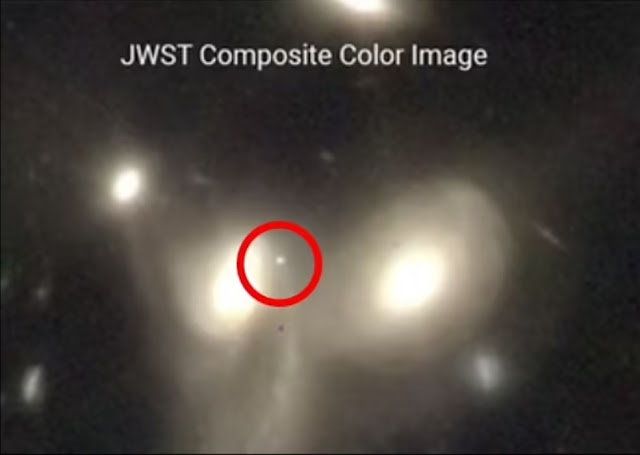 Not only did James Webb spot a supernova, but astronomers are baffled by the discovery because the telescope is not designed to find dying stars

The potential supernova was captured with the NIRCam instrument that is designed to detect light from the earliest stars and galaxies by using a broad range of infrared light.

NIRCam is equipped with coronagraphs, instruments that allow astronomers to take pictures of very faint objects around a central bright object, like stellar systems or in this case, stellar explosions.

JWST was investigating the distant galaxy, so capturing the supernova was by luck, Engesser told Inverse.

The dying star, which appears as a small bright dot in images, was not present in pictures of the galaxy snapped by the Hubble Space Telescope in 2011. 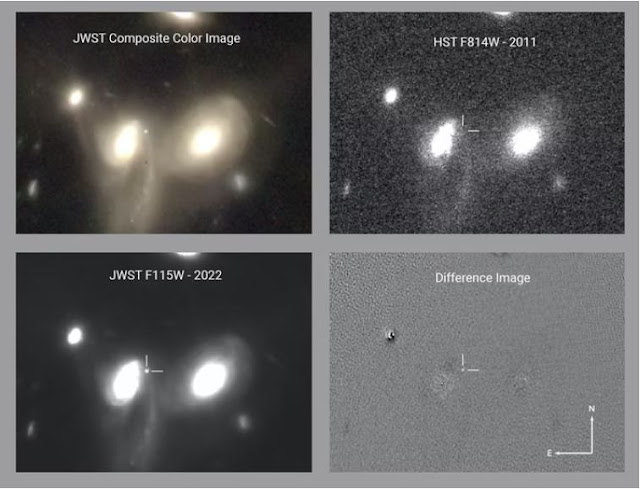 The team used software to analyze the James Webb picture against the same picture snapped by the Hubble in 2011, which is how they identified he small, bright light

Engesser and his team used software designed to spot differences in the photos which led to the bright speck.

JWST has proved it is money well spent even just a week after it went live. Not only did it deliver its first official deep-space pictures on July 12, but a week later scientists announced it had uncovered a 13.5 billion-year-old galaxy that is now the oldest in the universe seen by human eyes.

The previous record holder, discovered by the Hubble Telescope in 2015, was GN-z11 that dates back 400 million years after the universe birthed.

JWST captured a look at GN-z13 using its Near Infrared Camera (NIRCam) instrument, which is capable of detecting light from the earliest stars and galaxies.

Top Image Description: The binary stars of Eta Carinæ and the remnants of ancient eruptions that form the Homunculus Nebula around the star can be seen in this Hubble Space Telescope image.