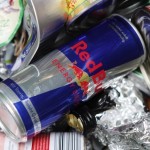 The company settled a class action lawsuit and now has to issue refunds to consumers. No proof of purchase required!
Red Bull just settled a false advertising lawsuit, and now owes anyone who bought one of its drinks between Jan. 1, 2002, and Oct. 3, 2014, either $10 cash or $15 worth of Red Bull products.

They have agreed to pay $13 million to American consumers in the settlement. Red Bull was sued by drinkers who said that consumers were misled by the slogan “Red Bull gives you wings.”

The plaintiffs claimed that the company’s advertised benefits, like increased performance and reaction speed, were false advertising, and not backed up with scientific evidence. One of the plaintiffs said despite drinking the product since 2002, he saw no improvement in his athletic performance.
According to the lawsuit:
Such deceptive conduct and practices mean that [Red Bull’s] advertising and marketing is not just ‘puffery,’ but is instead deceptive and fraudulent and is therefore actionable.
Despite settling, Red Bull denied any wrongdoing in a statement:
Red Bull settled the lawsuit to avoid the cost and distraction of litigation. However, Red Bull maintains that its marketing and labeling have always been truthful and accurate, and denies any and all wrongdoing or liability.

So here’s the good part: If you want to claim your $10 cash refund, register online here by March 2, 2015. No proof of purchase is required.

UPDATE
The site to file a claim seems to have gone down, likely due to high demand. We have reached out to the website’s administrators to see whether it will be back up soon. Hang in there! Oct. 9, 2014, at 12:30 a.m.
UPDATE
It should probably be noted that if a certain number of people sign up and the $13 million is reached, then the reimbursement will begin to be diluted so that every person can receive a share.
According to the filing, a hearing will be held on May 1, 2015 to decide whether the settlement will be approved. If the court approves the settlement, payment will be distributed 150 days later (pending appeals).