Bugatti Discovered In A Dusty Garage Valued At $8.5 Million 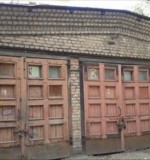 Iknow I’m not the only one who indulges in the occasional fantasy of discovering something valuable the next time I hit the flea market.

After all, it feels like every other week, there’s a story about a lucky someone discovering an ancient painting by a Dutch master, or turning up a treasure trove of old WWII artifacts in the attic!

Sure, it can’t happen for everyone, but it has to happen often enough to keep Antiques Roadshow going, so I like to hold onto the hope that my day will come!

After all, the chances of buying something on the cheap and ending up with an amazing return are pretty good, and nowhere is that more evident than in the story of a brother and sister in Newcastle upon Tyne in the UK.

In 2009, their eccentric and brilliant uncle passed away, leaving the siblings the deed to a dusty old garage in his will.

When they opened up the space and took a good look inside, they couldn’t believe what they found… When Dr. Harold Carr passed away in Newcastle upon Tyne at age 89, he left his property to relatives, including a dusty garage.

He was a life-long eccentric and became a bit of recluse in his later years, so, while his family knew he kept cars, they had no idea what kind of vehicles Carr had been collecting over the years.

His nephew told The Mirror that. “It was a bit of local folklore that he had a Bugatti, but no one knew for sure, and certainly no one knew what it was worth.” When Carr’s niece and nephew cleared out the garage, they were surprised to discover that the rumors were true, and then some.

Their uncle, who was famously secretive, did indeed own a Bugatti, but it was no ordinary sports car. It was a crown jewel of the automotive history: a Bugatti Type 57S Atalante. Though all Bugatti’s rank among the most splendid cars ever made, this particular make and model was in a league of its own.

The car was one of just 43 cars of its class ever made by the Italian auto manufacturer, and was completed on the 5th of May 1937.

A great deal is known about this specific car’s origins because it was purchased new by a member of the British aristocracy. The first owner of the Atalante was Francis Curzon, 5th Earl Howe, who was a Member of Parliament, and something of a fast-living racing enthusiast.

He owned a vast collection of cars to indulge his hobby, and raced competitively throughout the 1930s.

The Atalante seems to have been preserved from the dangers of the racetrack; the car was discovered with remarkably low mileage for a vehicle its age. The car was sold several times after it left Curzon’s hands, and eventually purchased by Carr in 1955.

The doctor had a brilliant mechanical mind, and his nephew fondly remembers him fussing over the machinery of his beloved automobiles saying, “…when he tinkered with his cars… he wore a piece of rubber tube round his head to stop the oil [from] getting in his hair.” The Bugatti disappeared into Carr’s garage in 1960, when its license expired.

It was essentially out of sight and out of mind for the next 50 years, as Carr grew still more eccentric with age and developed strong hoarding tendencies.

When it was found in 2009, the Bugatti was in the garage, alongside a classic Aston Martin, and papered with decades of notes from covetous collectors offering to buy the vehicle from Carr for astronomical sums of money. Ultimately, it finally went up on the auction block several years later, following in the footsteps of millions of dollars spent on similar automobiles, like fashion designer Ralph Lauren’s Bugatti 57 pictured above.

Carr’s 1937 classic went for around $4 million, and the money was divided up among his relations, none of whom ever expected to become millionaires when they set out to clean out the old garage.

If you’re like me, and this incredible discovery gives you hope for your own eye for flea market gold, make sure to SHARE with any other keen-eyed shoppers!