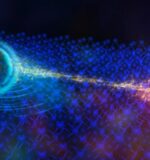 Roughly every 114 days, almost like clockwork, a galaxy 570 million light-years away lights up like a firework. Since at least 2014, our observatories have recorded this strange behaviour; now, astronomers have put the pieces together to figure out why.

In the centre of the spiral galaxy, named ESO 253-G003, a supermassive black hole is being orbited by a star that, every 114 days, swings close enough for some of its material to be slurped up, causing a brilliant flare of light across multiple wavelengths. Then, it moves away, surviving to be slurped again on its next close approach.

Because of the regularity of the flares, astronomers have nicknamed the galaxy “Old Faithful”, like the geyser in Yellowstone National Park.

“These are the most predictable and frequent recurring multiwavelength flares we’ve seen from a galaxy’s core, and they give us a unique opportunity to study this extragalactic Old Faithful in detail,” said first author of the study, astronomer Anna Payne of the University of Hawai’i at Mānoa.

“We think a supermassive black hole at the galaxy’s center creates the bursts as it partially consumes an orbiting giant star.”

The flares were first detected in November of 2014, picked up by the All-Sky Automated Survey for Supernovae (ASAS-SN). At the time, astronomers thought that the brightening was a supernova occurring in ESO 253-G003.

But in 2020, when Payne was looking over the ASAS-SN data on ESO 253-G003, she found another flare from the same location. And another. And another.

In total, she identified 17 flares, spaced roughly 114 days apart. She and her team then predicted that the galaxy would flare again on 17 May, 7 September and 26 December of 2020 – and they were right.

They named the repeated flaring ASASSN-14ko, and those accurate predictions meant they were able to take new, more detailed observations of the May flare with NASA’s powerful TESS telescope. Previous observations from other instruments also provided data across a range of wavelengths.

“TESS provided a very thorough picture of that particular flare, but because of the way the mission images the sky, it can’t observe all of them,” said astronomer Patrick Vallely of Ohio State University. “ASAS-SN collects less detail on individual outbursts, but provides a longer baseline, which was crucial in this case. The two surveys complement one another.”

But a supernova flares just once, then fades, since such an event destroys the originating star; so whatever was causing the eruptions of light in optical, ultraviolet and X-ray wavelengths had to be something else.

A supermassive black hole emitting regular flares as it snacks on an orbiting star isn’t unheard of – one was identified last year, on a nine-hour flaring schedule – but the case wasn’t as simple with ESO 253-G003.

That’s because ESO 253-G003 is actually two galaxies in the final stages of merging, which means there should be two supermassive black holes in its centre.

Recent research has shown that two interacting supermassive black holes can cause repeated flaring, but the objects in the centre of ESO 253-G003 are thought to be too far apart to interact in this way.

Another possibility raised was a star crashing through an accretion disc of material swirling around and feeding into one of the black holes. This had to be ruled out too. As the star crashed through the disc at different locations and angles, the shapes of its flares should have been different – but the observations showed that the flares from ESO 253-G003 were too closely matched.

The third possibility was repeated partial tidal disruption, where a larger massive object repeatedly strips material from a smaller orbiting one.

If a star was on an eccentric 114-day orbit around the black hole, its close approach, or periastron, could see it veering close enough to have material stripped before it hurtles away again.

When this material collides with the accretion disc, it causes a flare. And this is what seems to be happening.

With this scenario in mind, the team analysed the observations. They analysed the light curve of every flare, and also compared them to other known black hole tidal disruption events. And they determined that the star was likely orbiting a supermassive black hole clocking in at 78 million solar masses.

At every closest approach, the star losing around 0.3 percent of the mass of the Sun – about three Jupiters – to the black hole would be sufficient to cause the observed flares while allowing the star to live on.

“If a giant star with a puffy envelope wanders close, but not too close, on a very elongated orbit, then the black hole can steal some of the outer material without ripping apart the entire star.” said astronomer Benjamin Shappee of the University of Hawaiʻi Institute for Astronomy. “In that case, the giant star will just keep returning again and again until the star is exhausted.”

It’s not clear how long the star and the black hole have been maintaining this dance, which makes it hard to calculate how long the star has left. But the team has predicted when the next two flares are due to occur – in April and August of this year – and have plans to take even more observations.

“In general, we really want to understand the properties of these black holes and how they grow,” said astronomer Kris Stanek of Ohio State University. “The ability to exactly predict the timing of the next episode allows us to take data that we could not otherwise take, and we are taking such data already.”