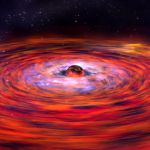 You have almost certainly heard of quasars, white dwarfs, neutron stars, and pulsars. However most people don’t really know too much about the grouping of stars that are called “blitzars.” This isn’t too surprising, as the signals from these strange cosmological objects have only been detected rarely (fewer than a dozen times). In fact, up until recently, the signals had only been detected by one observatory—Parkes Observatory in Australia. Moreover, the signals are so distant and so powerful that they stunned astronomers, causing many to question whether the signals were really just a quirk in the telescope or something detected from the Earth itself.

If all that wasn’t enough, the exact source of the signals is unknown. That means that the signals could be coming from any number of objects (highly magnetic neutron stars, evaporating primordial black holes, large magnetic stars, colliding neutron stars, etc.). In short, blitzars might not even exist; however, we are coming closer to understanding these signals, and determining whether or not blitzars are real structures in our universe.

This week, scientists confirmed that the signals that had been detected by Parkes Observatory are authentic. They verified these signals through information that was captured by the Arecibo Observatory in 2012.

The signals themselves are interesting. They are pretty much the opposite of pulsars. Instead of beaming out near constant emissions of light or radiation like pulsars, they shoot sporadic beams of pure radio waves out into space. These extremely powerful bursts can generate more energy in milliseconds than the Sun does in over 300,000 years*. What’s more, the dispersal patterns indicate that these signals come from billions upon billions of light-years away (some estimates put the objects causing the signals at some 3 billion light-years distant). This ultimately means that the signals are extra-galactic in origin (they do not come from a structure located in the Milky Way). Site of the first burst found, in 2007. Via Lorimer et al., NRAO/AUI/NSF
As previously mentioned, the unique nature of these signals caused many to question the legitimacy of the detection. However, since scientists have verified that the signals are genuine, they can focus on pinpointing their exact location and (hopefully) determining what causes them. In the end, what astronomers really hope for is a way to find the bursts as they unfold. Once this is accomplished, they might be able to identify an optical source, like a host galaxy.

According to Heino Falcke (an astrophysicist from Radboud University Nijmegen) and Luciano Rezzolla (from the Max Planck Institute for Gravitational Physics), these brief blimps of pure radio waves are created in a highly unusual manner—when a neutron star dies and its magnetic field snaps “like a rubber band.” If correct, this “magnetic snap” would make these objects unlike anything we’ve ever seen before (and give them weird physics to boot).

They propose that blitzars begin when a supermassive neutron star fails to turn into black hole due to its rapid rotation and becomes a pulsar. In essence, a pulsar spins so fast that its centrifugal force prevents it from collapsing into a black hole. But of course, this speed is not static. After a few million years, once the pulsar’s strong magnetic field has sufficiently radiated energy away, the spin slows and it turns into a black hole. Per Falcke and Rezzolla’s assertions, when this happens, the magnetic field sometime “snaps” as the source of the magnetic field (the pulsar) is now gone (turned into a black hole). It is this snapping that, they argue, causes the extreme radio signal that we are detecting. The scientists claim that other wavelength fall into the black hole that is created as the star dies, but radio waves (which are the longest wavelength) and able to escape.

They liken this event to the snapping of a rubber band. While this is an extremely intriguing possibility, it has yet to be peer reviewed or confirmed. So for now, we will have to just sit back and wait for more signals.