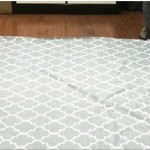 If you’ve ever tried to put a duvet cover on a comforter, you know it can be frustrating. Sometimes you don’t even know where to start and just end up with a headache. I find myself nearly climbing all the way inside the duvet cover to get the duvet to fit. So, when I saw this tip, I was very excited.

But apparently, I’ve been doing this chore the wrong way my entire life. There is actually a very simple solution.

In fact, you can actually put a duvet inside the duvet cover in just 10 seconds! Pretty cool, right? Trust me, this is one life hack you are going to want to remember, so pay close attention.

Finally a solution that gets rid of the tiresome chore of changing duvet covers. This is called the “burrito” method. You start by turning your duvet cover inside out. Then, lay your comforter or blanket on top and begin rolling it up like a burrito. You’ll have to watch the rest of the video to see how she magically puts on a duvet cover with minimal effort.

How awesome is that?! Hands down, this has to the be simplest and easiest way to put a duvet cover on.

And don’t keep this neat trick all to yourself… Please SHARE with friends!