This 96-Ft² Micro Cabin Looks Like Rustic Piece Of Art… Because It Is!

Some of us just want to get away from it all. We want freedom from things, social pressures, and the hustle and bustle of modern life.

Some of us just want to get away from it all. We want freedom from things, social pressures, and the hustle and bustle of modern life.

These are qualities that attract people to the Tiny House Movement, but sometimes a person is not even aware that this kind of architectural crusade even exists.

Poet and self-taught woodworker Charles Finn has become, in his own right, a brilliant tiny house designer. Yet, he had no idea that tiny houses were even a thing when he began, stating on his blog:

“Back then I’d never heard the term micro-home. I didn’t know I was part of a ‘movement.’ It just made sense to me to live as I did. It gave me great satisfaction and joy. My definition of success I inherited from my father. ‘Be happy.’ I was.”

Charles spent much of his adult life perfecting the art of simplicity for “economic, aesthetic and quasi-spiritual reasons.” Due to this, he began scaling down his life until he found himself living in tight space – a 7x12' gypsy wagon built by a friend. 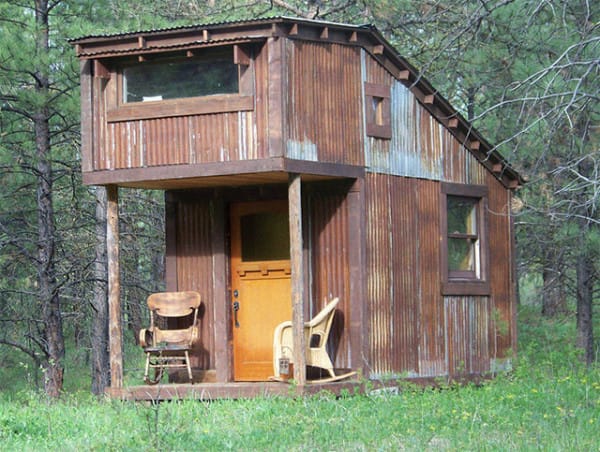