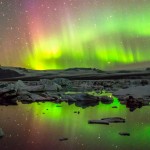 Iceland is a land of fire and ice, shaped by volcanism and flowing water. To show the effects of this age-old interplay, Norwegian photographer Stian Rekdal has stitched together thousands of images of Iceland from a recent trip (view above).

Water Currents spoke with Rekdal about the project.

What’s your background and how did you get into photography?

I’m Norwegian, 35 years old and I’ve been a photo-enthusiast since I got my first DSLR back in 2007. In the beginning it was a great hobby, but nothing more. I would snap a few photos whenever I was travelling somewhere and the rest of the time the camera would sit in its drawer collecting dust.

It wasn’t until 2011 that I discovered timelapse-photography through the work of people like Tom Lowe and fellow Norwegians Ole Christian Salomonsen and Terje Sørgjerd. Seeing the way they captured northern lights and the night sky hit a nerve and I decided this is something I can and want to do. It was no longer about capturing a single moment in time, but how everything is constantly changing.

Since then I find myself spending more and more time (and money) on photography. Late last year I took the step and started doing it full time.

What did you hope to capture in this piece?

Before going to Iceland, my girlfriend and I did a lot of research online. We scoured the Internet for pictures and recommendations and ended up with a list of more than 30 places that we wanted to see in our three weeks there. Waterfalls, volcanoes, geysers, black sand beaches, plane wrecks, mountains, glaciers, and of course northern lights.

We planned our trip to coincide with the beginning of the aurora season in Iceland, which starts in early September, leaving the chance to see puffins, fields of lupines in bloom, the midnight sun and a lot of other things for another time.

How did you make it?

The video was made from about 3,500 out of the 40,000 photos we took while there. I used a stage one dolly from Dynamic Perception as well as a Celestron Skywatcher pan/tilt head for adding motion to the scenes.

The RAW images are processed in Adobe Lightroom and LRTimelapse and then stitched together to video in Adobe After Effects. A couple of the scenes in the final video were shot as regular real-time video as well.

What locations are shown?

The locations in the video are mainly in the south and west of Iceland. The glacier lagoon of Jökulsarlón with the floating icebergs was perhaps my favorite spot from the whole trip. A couple of the waterfalls (Dettifoss and Godafoss) can be found in the northeast. The Snæfellsnes peninsula with the photogenic Kirkjufell and Arnarstapi was another favorite place.

It was my first time there so I honestly can’t say. I know I am going back though, hopefully before April when the northern lights season ends.

What challenges did you face?

The weather was our biggest problem. Wind, rain, and clouds were not part of our plan and we realized after two days that it would be impossible to stick to our itinerary. Instead we checked forecasts daily to decide where to go the next day. We drove 5,500 kilometers (3,400 miles) in three weeks, going back and forth between south and east Iceland several times.

The raw, rugged nature of Iceland is something I haven’t seen anywhere else. Sure, I’ve been to volcanoes before, but geologically speaking, Iceland is a giant volcano. And it shows. Another thing I found odd is how few trees there are.