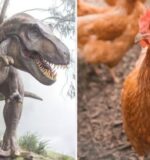 In 2016, scientists in Chile grew dinosaur legs on a chicken. Yep, think of a chicken but with dinosaur legs. While most dinosaurs went extinct 65 million years ago when an asteroid killed 75% of all life on Earth, a few dinosaurs survived. Do you wake up to chirps of birds every day? Well, those birds are descendants of dinosaurs.

So what scientists essentially did was grow ancient bird legs on a contemporary bird. Scientists in Chile wanted to see how this evolution from dinosaur to bird occurred. To this end, they manipulated the genes of regular chickens. The chickens developed “tubular, dinosaur-like fibulas on their lower legs.”

Led by João Francisco Botelho from the University of Chile, the study wanted to investigate how birds developed shorter fibulas from long and tubular ones seen in dinosaurs. How did they do it?

Simply put, they let a gene called Indian Hedgehog (IHH) inhibit among chickens. Due to this, chickens were able to grow the long dinosaur-like fibulae that we can see in embryos.

During this process, the research team discovered that the fibulae of modern chickens are blocked from reaching the length of dinosaur legs. Published in the journal Evolution, scientists showed how the growth of fibula’s lower end in chickens is caused by calcaneum, a bone in the ankle. 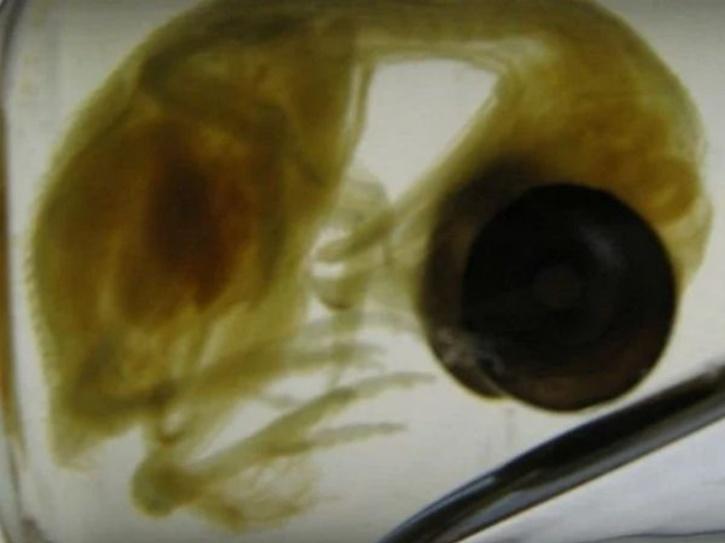 “Unlike other animals, the calcaneum in bird embryos presses against the lower end of the fibula… They are so close, they have even been mistaken for a single element by some researchers,” the team announced in a press release in 2016. 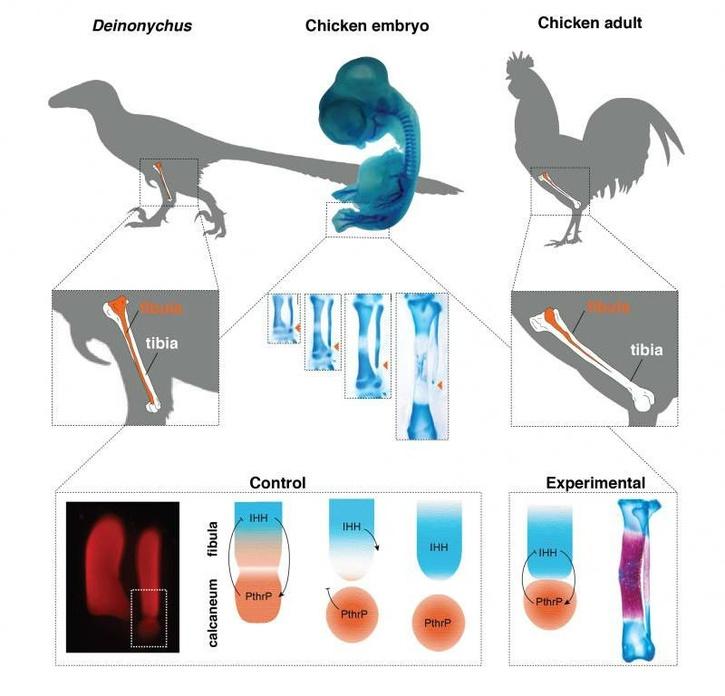 Don’t worry, Frankenstein’s monster wasn’t created! The chickens didn’t make it to hatching stage. Regardless, the scientists found what they were looking for – how biology transitioned from dinosaur legs to chicken legs.