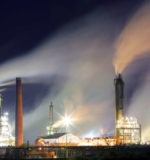 Pollution is killing up to 9 million people every single year across the planet. As grimly expected, most of these deaths – 92 percent – are in middle-to-low income countries. This makes the unnatural phenomenon, which is responsible for one-in-6 deaths worldwide, more deadly than anything else, including natural disasters, famine, and war.

Although drinking water contamination was the second most common cause of death, air pollution is by far and away the most serious issue: it accounted for two-thirds of all pollution-related deaths in 2015, according to the report in The Lancet.

In most cases, pollution doesn’t cause fatalities through infections. Its toxic and extremely fine particles usually trigger respiratory or cardiovascular conditions that cannot be effectively treated after inhaling enough of them.

Much like climate change, the less well-off, the sick, the very young, and the elderly are disproportionately affected by the planet’s inability to curb its worst excesses.

The top 10 countries experiencing these deaths are as follows:- In all 10 countries, at least 22 percent of deaths taking place in 2015 were linked to pollution. In Bangladesh, that number peaked at 27 percent. These figures closely match the findings of another study, whose interactive map reveals that metropolises in places like India rob residents of up to a decade of life.

Just in case you were wondering, in the UK, about 8 percent of all deaths are linked to pollution; in the US, it’s around 6 percent. The countries making up the bottom 10 on the list include Canada, New Zealand, Barbados, and much of Scandinavia.

“For decades, pollution and its harmful effects on people’s health, the environment, and the planet have been neglected both by governments and the international development community,” wrote the authors of the multi-paper report.

“Pollution is the largest environmental cause of disease and death in the world today,” they added, explaining that, as well as causing great ecological, economic and physiological harm – is directly threatens the “survival of human societies” across the planet. The sobering report, coordinated by The Lancet Commission on Pollution and Health, has also been turned into an interactive map, which you can view here. Generally speaking, developed and wealthy nations suffer most from air pollution-linked deaths, whereas poorer parts of the world with fewer environmental regulations have a high incidence of water and land-based contamination.

The worst-affected places are almost always nations undergoing rapid economic development, usually at the expense of the health and wellbeing of their poorer citizens.

This sobering study is a perfect reminder of why environmental regulations and protections exist. A world without them is less equal, and far more deadly.