Photographer Captures the Mystifying Moods of Mount Fuji at Dawn 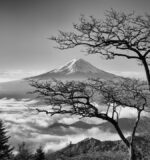 Earlier this month, we introduced you to Japanese photographer Takashi Nakazawa—a member of Your Shot, whose beautiful image of Mount Fuji was recently chosen by National Geographic as their June/July 2018 Traveler cover. As it turns out, Takashi has been enchanted by Japan’s tallest peak for several years and often spends his weekends capturing the iconic volcano in all its majestic beauty.

Often shot at night or in the early hours of the morning, the photographer’s monochrome and midnight-hued images highlight the natural wonder’s tranquility and mysterious allure. The sacred mountain is seen peaking above the white clouds and fog, while it’s reflected in the surrounding, glass-like Lake Yamanaka. The artist tells My Modern Met, “I hope that people around the world will know Japanese charm through my Mt Fuji photos. And I would like them to come to Japan and actually see it.”

You can see more of Takashi’s spectacular Mount Fuji photographs on Instagram. 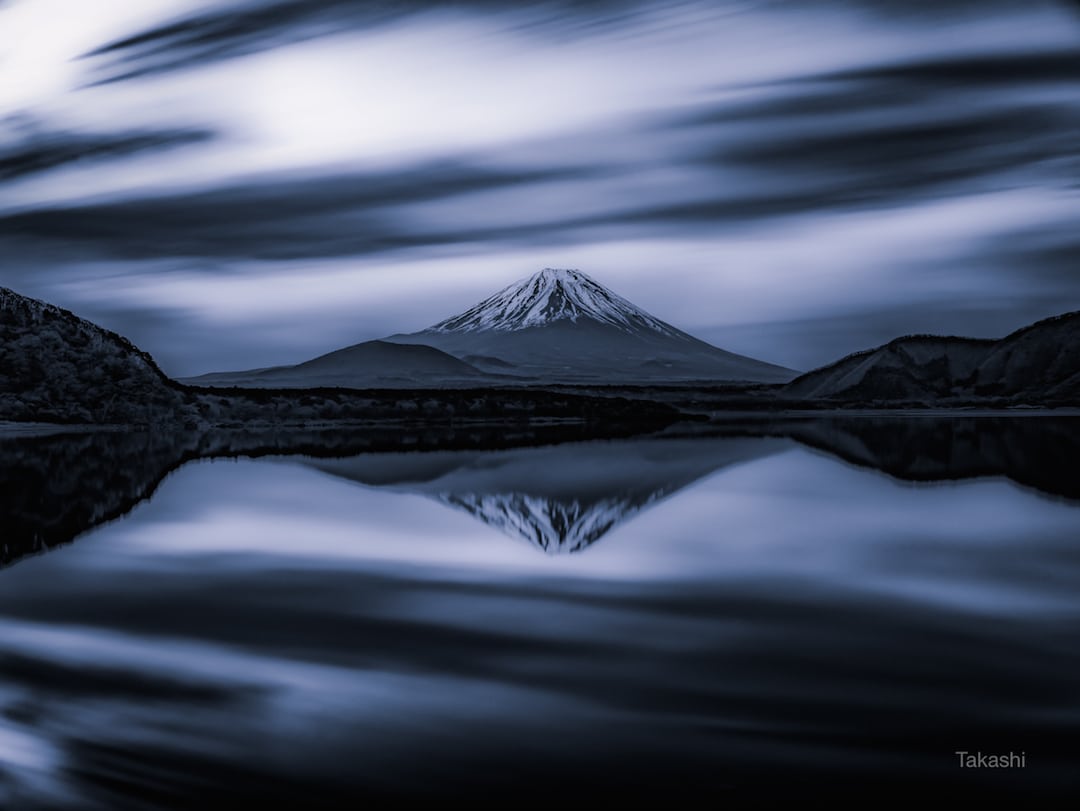 Often shot a night or in the early hours of the morning, the artist’s black and white photography highlights the natural wonder’s tranquility and mysterious allure. 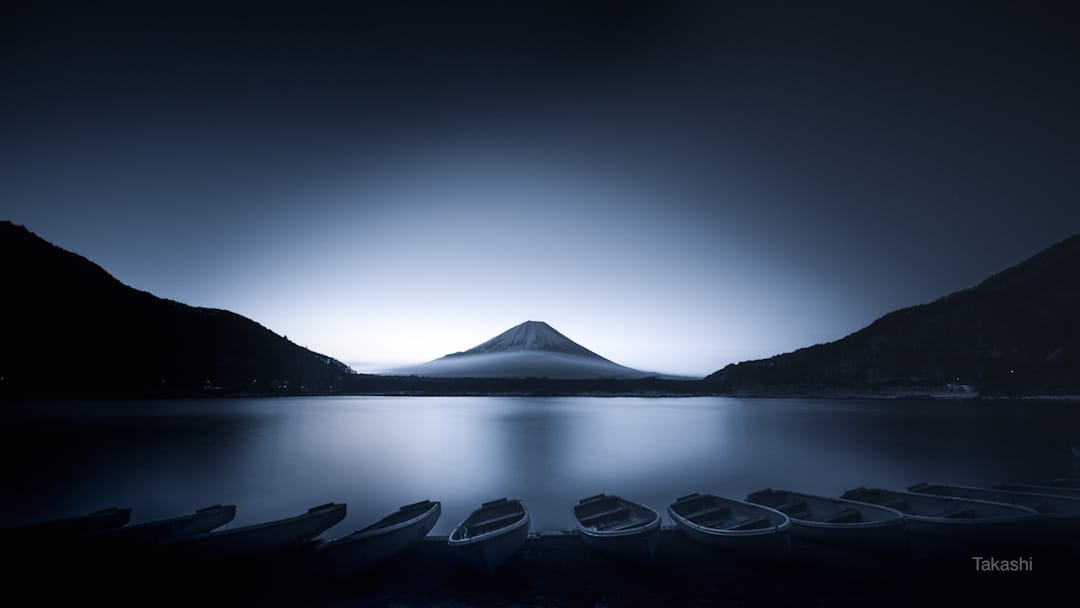 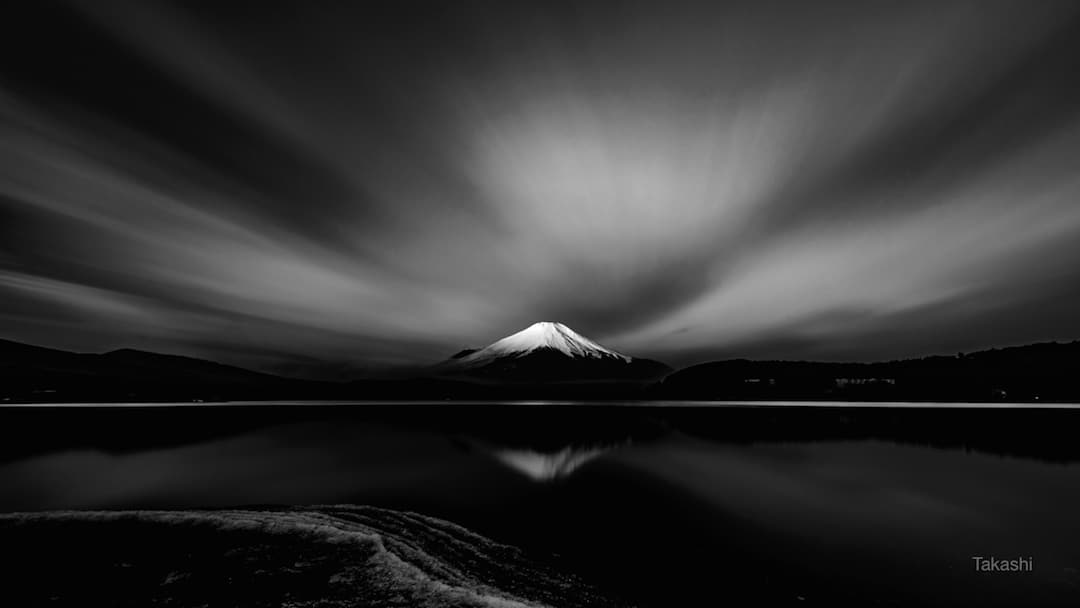 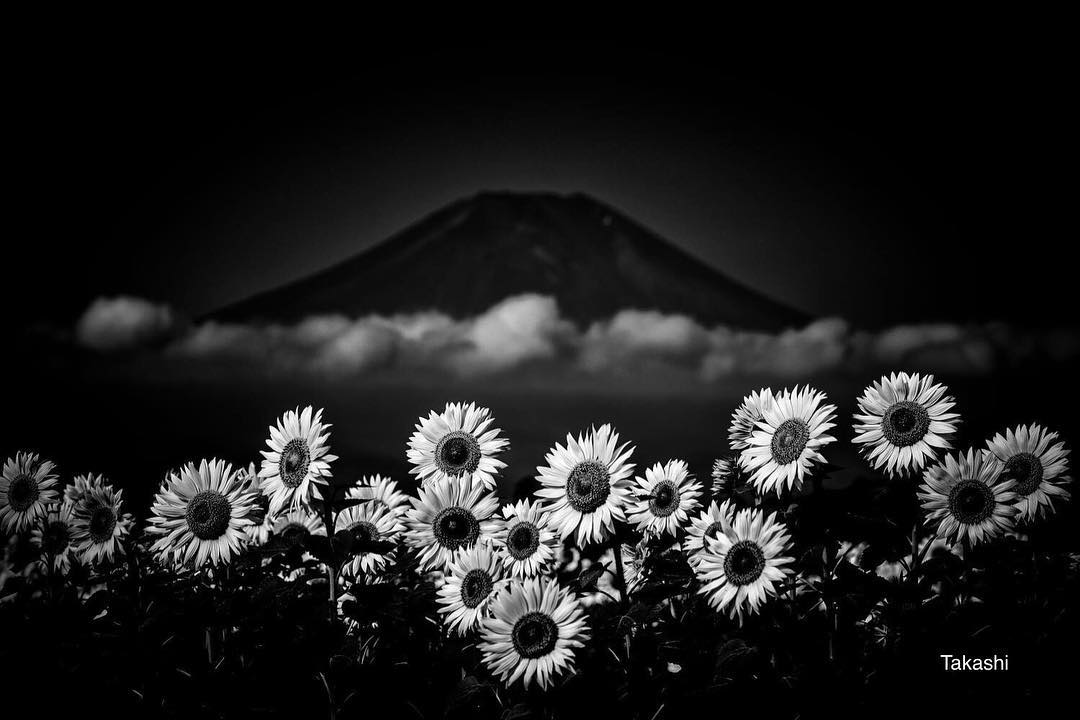 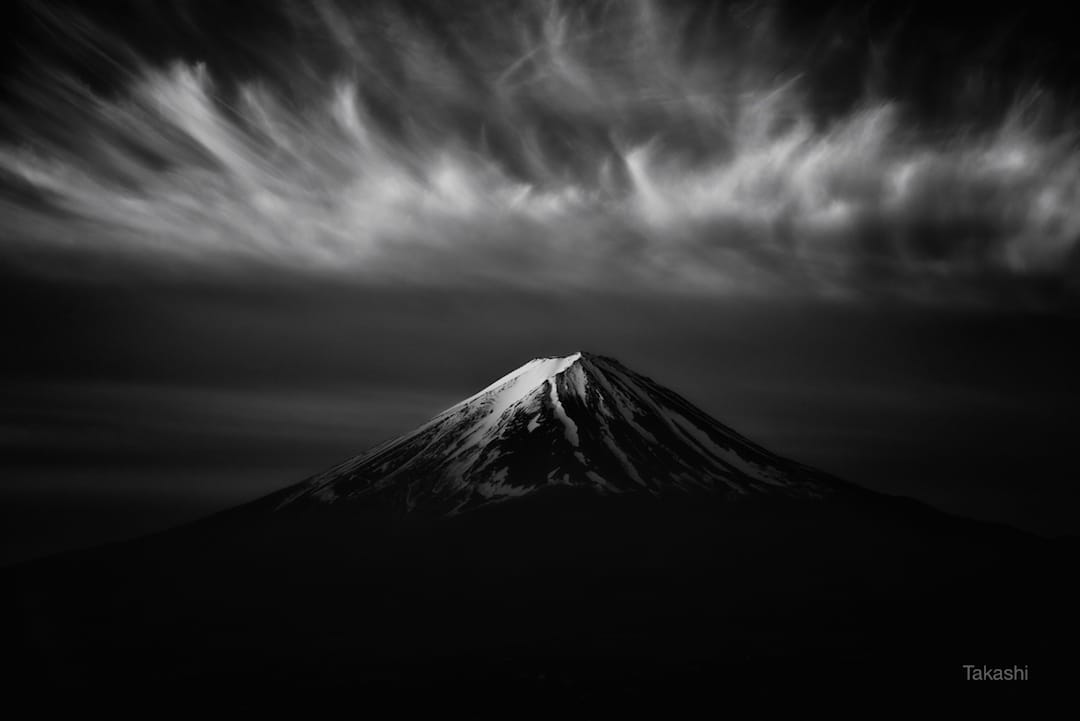 The sacred mountain is seen peaking above the white clouds and fog, as the surrounding Lake Yamanaka below appears as still as glass. 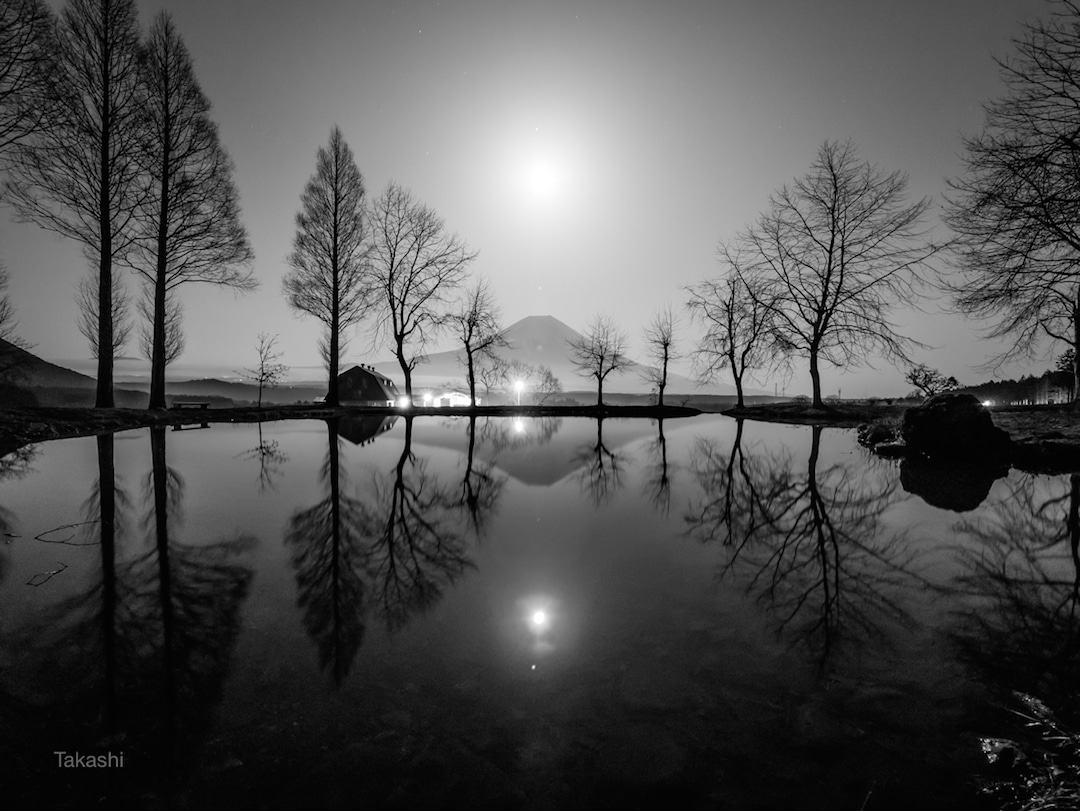 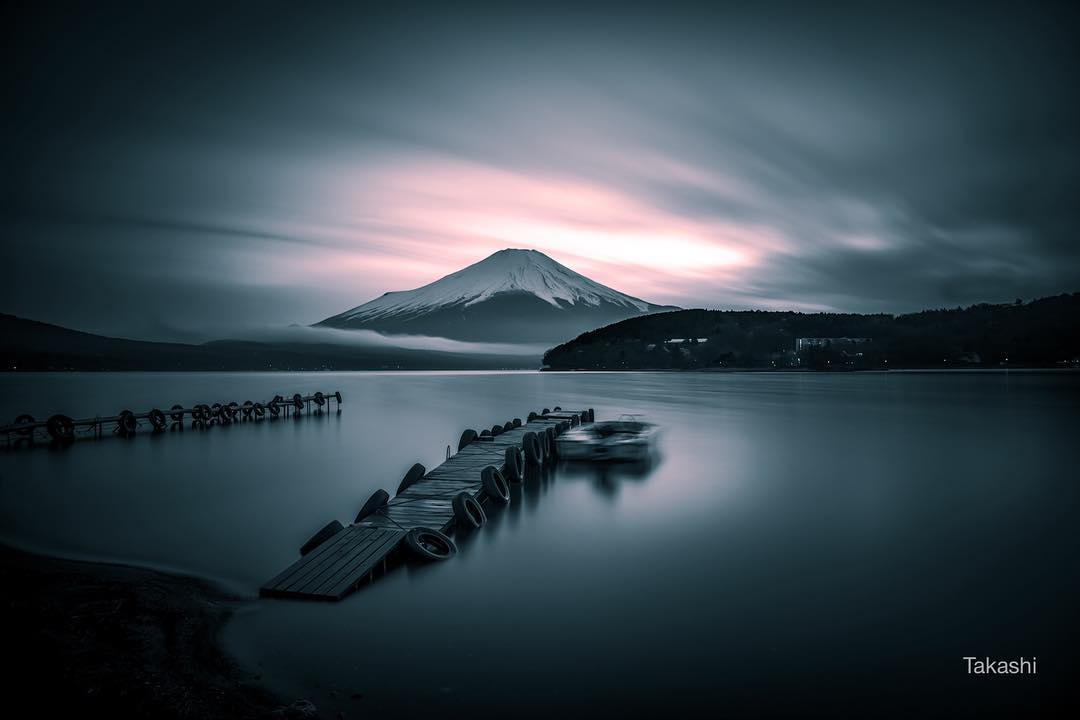 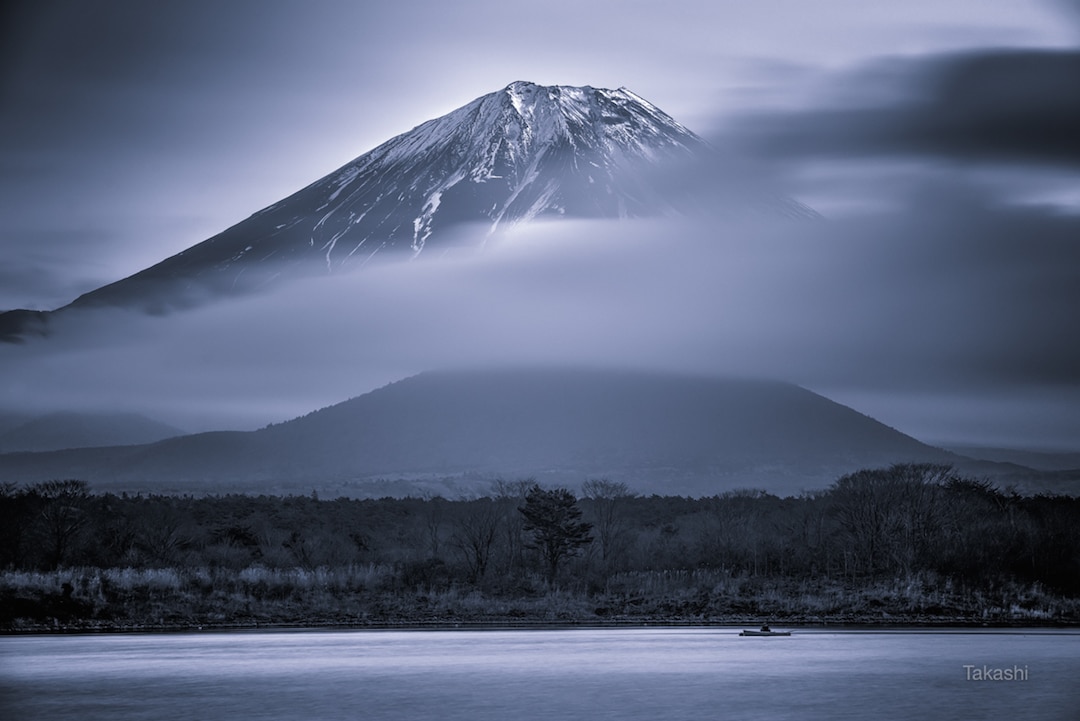 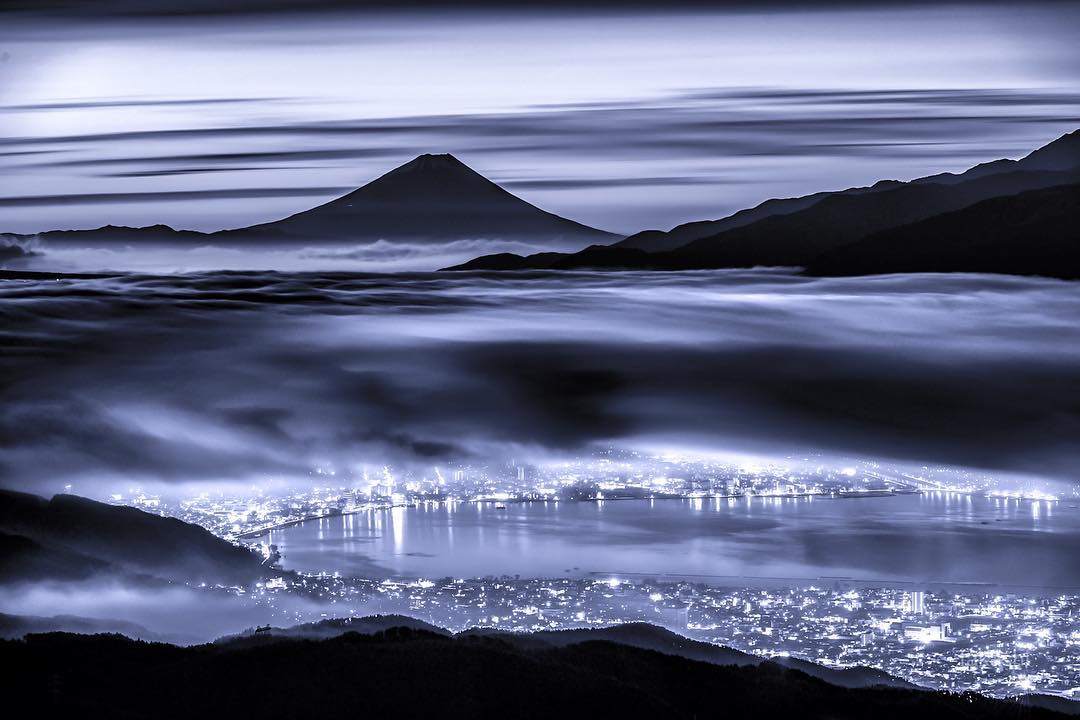 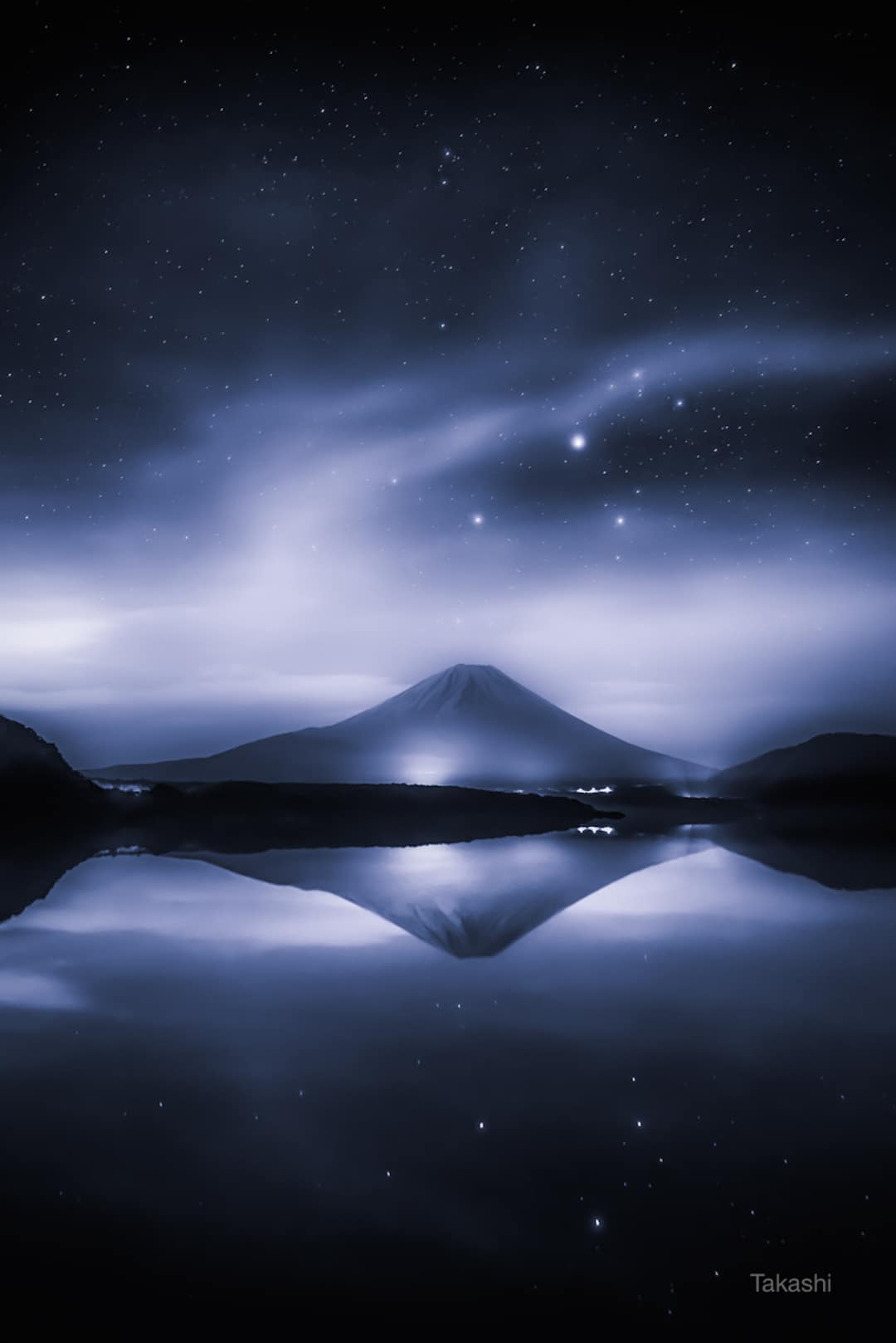 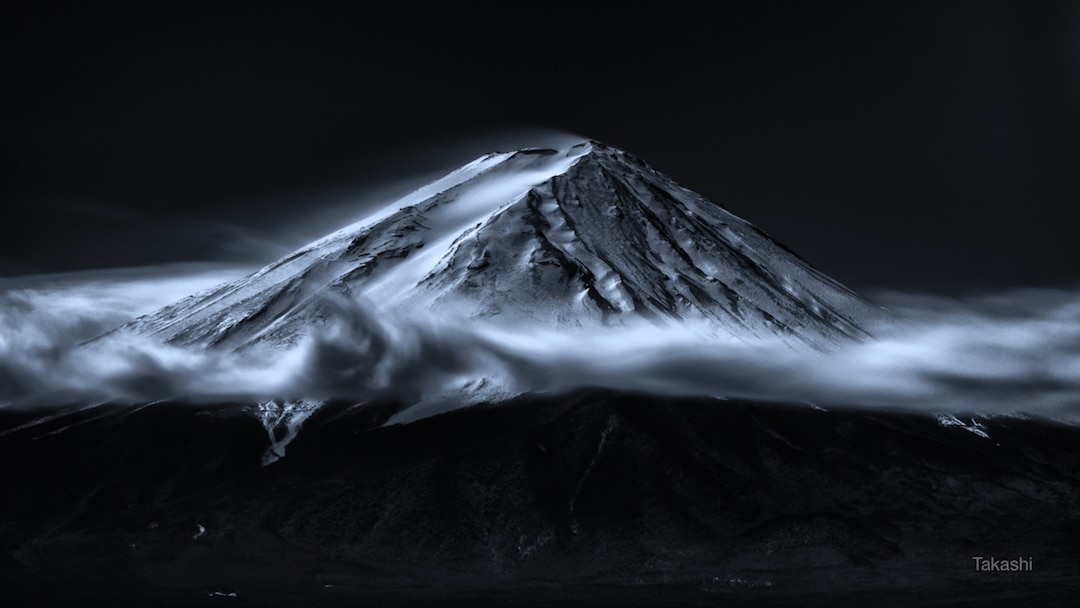 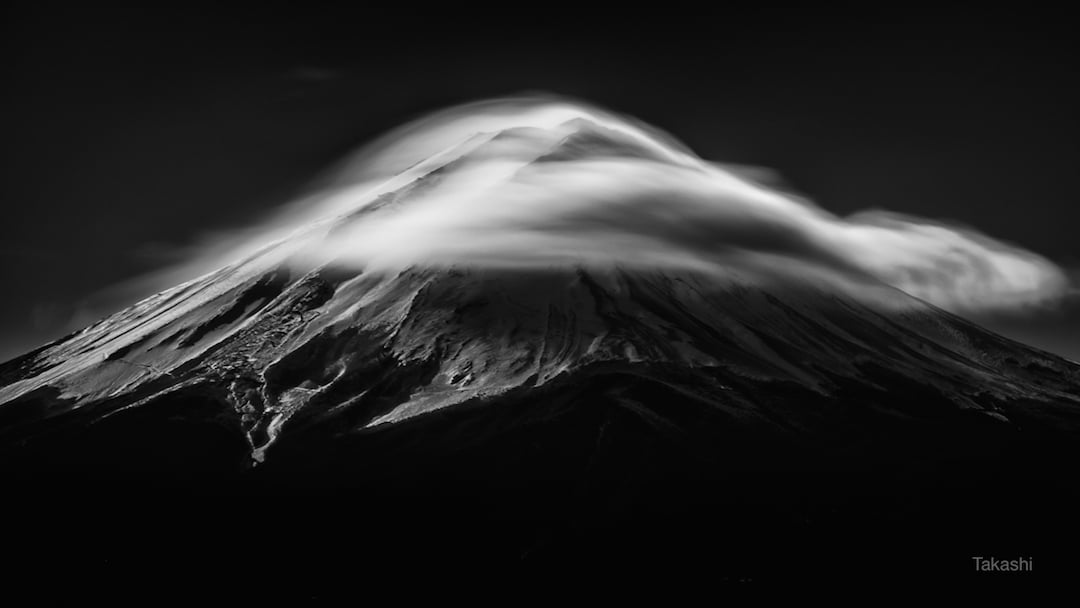 My Modern Met granted permission to use photos by Takashi Nakazawa.