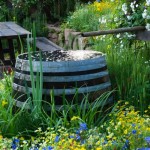 An Oregon landowner has been subjected to a 30-day prison sentence for what he says was a simple act of collecting rainwater on his own property.

CNS News reports that Gary Harrington was convicted of nine misdemeanors and sentenced to 30 days in prison, as well as slapped with a $1,500 fine, for diverting snow runoff and rainwater into three reservoirs on his property, a move that local officials say violates an antiquated law governing personal water use.

Known as the “Rain Main,” Harrington reportedly built the reservoirs, which hold some 13 million gallons of water, for his own personal use. One of the reservoirs he stocked with largemouth bass for leisure purposes, and when wildfires emerge in the area, he says the water from this and the other two reservoirs can be used for mitigatory purposes. In Harrington’s mind, the operation is perfectly legal and a legitimate use of his own property.

But the state of Oregon disagrees, claiming that Harrington is actually diverting water intended for the Big Butte Creek watershed and its tributaries, which are governed by the nearby city of Medford, onto his own property. Some have even accused Harrington of hoarding natural resources that do not belong to him, insisting that he should instead allow water that runs onto his property to flow into the city’s water coffers for redistribution.

“They issued me my permits,” stated Harrington to CNS News about the legality of his water collection efforts. “I had my permits in hand and they retracted them just arbitrarily, basically. They took them back and said, ‘No, you can’t have them.’ So I’ve been fighting it ever since.”
Water controllers cite outdated 1920s law in pursuit of Harrington
State water managers, however, have cited a 1925 law that provisions exclusive ownership of all “core sources of water” by the city of Medford, not private landowners. They say Harrington’s three water reservoirs are included under this provision, and that water flowing through his property belongs to the state.

But Harrington insists that his water collection efforts are legal, and that water stored on his property serves a primary purpose of dealing with frequent wildfires. Harrington also uses the water in his dwelling for non-potable purposes, similar to rain collection efforts that involve diverting water from roofs and other non-porous surfaces into barrels or storage tanks.

“I’m sacrificing my liberty so we can stand up as a country and stand for our liberty,” Harrington announced before a small crowd gathered outside the Jackson County jail, prior to beginning his sentence.

Harrington had previously been fighting the state after being issued a three-year bench probation back in 2007. This probation mandated that Harrington close up his reservoirs and stop collecting water, which he shortly thereafter violated after reinstating the reservoirs. This, says the state, is the impetus behind Harrington’s booking, and the reason why he was pursued so aggressively in this matter.

“Mr. Harrington has operated these three reservoirs in flagrant violation of Oregon law for more than a decade,” stated Oregon Water Resources Department Deputy Director Tom Paul to the Medford Mail Tribune, as quoted by Mother Nature Network (MNN). “What we’re after is compliance with Oregon water law, regardless of what the public thinks of Mr. Harrington.”

According to CNS News, Harrington plans to fight his sentence tooth and nail, and has vowed not to “lay over and die.” Doing so, he says, will allow the government bullies to become even bigger bullies, further threatening individual liberty in the state of Oregon.