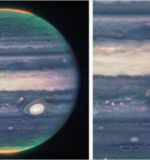 The James Webb Space Telescope gave us a glimpse of Jupiter in a photo taken during its commissioning phase. But that image pales in comparison to the fully-processed JWST Jupiter photos that have just been released. Taken by its Near-Infrared Camera (NIRCam), the two photographs show the solar system’s largest planet in incredible detail. 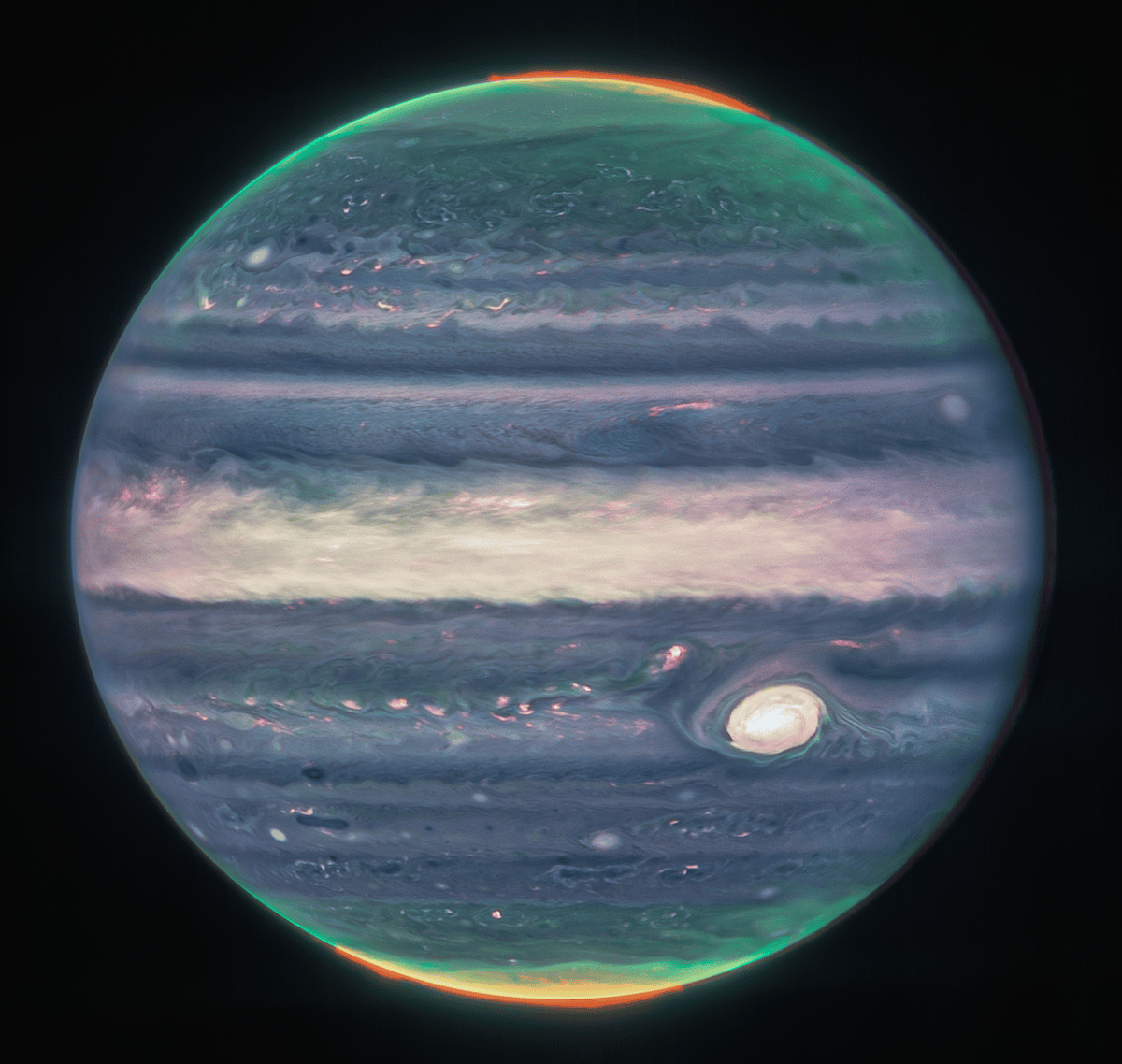 Auroras, hazes, moons, and rings are just some of the detail that is clearly visible in the two photographs. The level and quality of the photos have even surprised experts, who continue to be blown away by what JWST can produce. “We hadn’t really expected it to be this good, to be honest,” said planetary astronomer Imke de Pater. De Pater, who is a professor emerita of the University of California, Berkeley, led the Jupiter observations along with Thierry Fouchet, a professor at the Paris Observatory.

“It’s really remarkable that we can see details on Jupiter together with its rings, tiny satellites, and even galaxies in one image,” she said.

Everything was made possible thanks to NIRCam’s three filters, which map different wavelengths of infrared light. As this type of light isn’t visible to the human eye, the filters allow humans to see the details of the planet. Once the raw data was collected, citizen scientist Judy Schmidt transformed it into the images we see today. 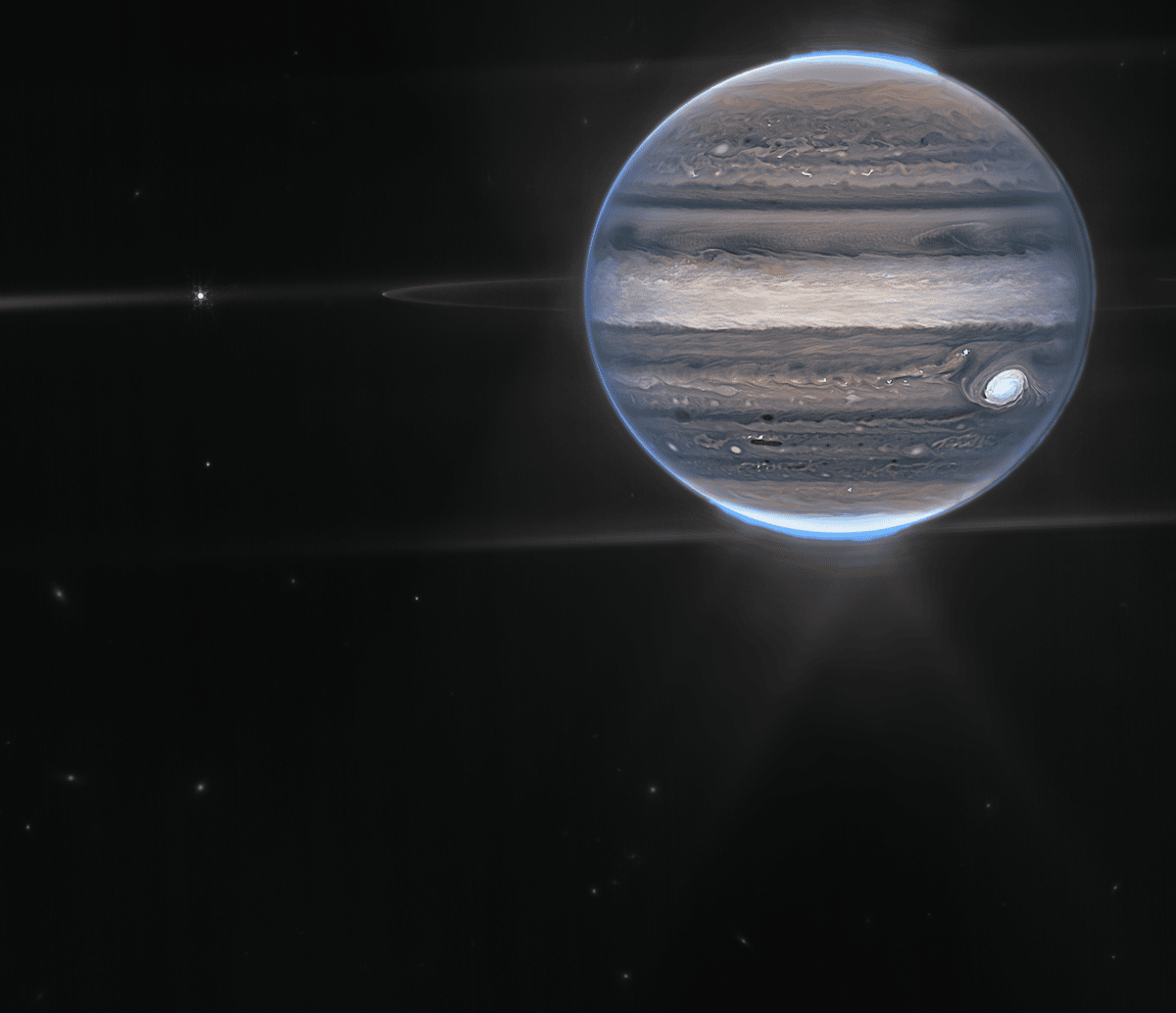 While Schmidt has no formal education in astronomy, she has a passion for image processing and has been working with NASA data for a decade. This isn’t her first go-around with JWST image processing. Recently, she published several spectacular images of spiral galaxies taken by the telescope.

As for the Jupiter photographs, there are key landmarks that are clearly visible—including the Great Red Spot. In these images, it appears white, but for good reason. “The brightness here indicates high altitude—so the Great Red Spot has high-altitude hazes, as does the equatorial region,” says Heidi Hammel, Webb interdisciplinary scientist for solar system observations and vice president for science at AURA. “The numerous bright white ‘spots’ and ‘streaks’ are likely very high-altitude cloud tops of condensed convective storms.”

In the more pulled-back view of the planet, JWST was able to pick up Jupiter’s rings. This is an impressive feat when one considers that the rings are a million times fainter than the planet. Two of Jupiter’s moons, Amalthea and Adrastea, also make an appearance.

Researchers are continuing to analyze the Jupiter data that Webb provided. In doing so, they are sure to learn even more about the Gas Giant. 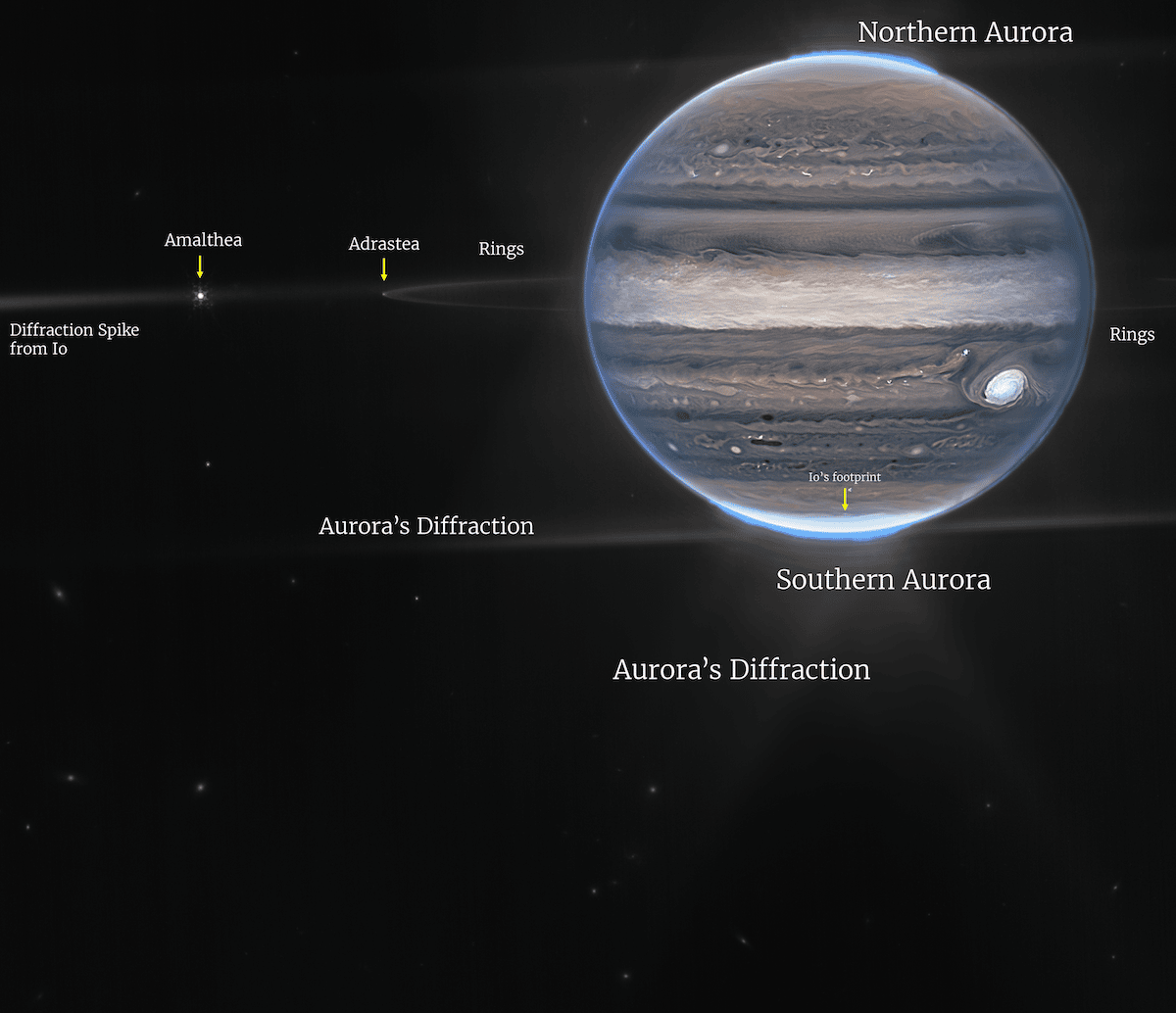