Internet Bullies Laughed At Her In Her Prom Dress, But Look Who’s Laughing Now!! 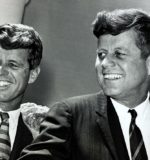 No one should ever be made to feel badly about themselves for the way they look. After all, beauty comes in all shapes and sizes, and there is nothing shameful about not having the “perfect” body. What does “perfect” even mean, anyway?

Unfortunately, one teen from Goodlettsville, TN found herself the target of vicious internet bullying after posting photos of herself wearing her junior prom dress online. Eighteen-year-old Kristen Layne had uploaded pictures of herself wearing a beautiful floor-length, purple gown to the Facebook classifieds in an attempt to sell it. Kristen had originally chosen the purple gown because it made her feel like a princess. If it sold, she planned on using the funds to then buy her new senior prom dress. But not long after she posted the photos, two men in the comments section began attacking her weight and looks.

“These two men were just saying some very hateful things, just telling me I was fat and that I wasn’t beautiful,” Kristen told WSMV. Her father, Jason, said that he couldn’t understand what caused the anonymous men to lash out at her. Kristen defended herself, responding with a polite, “Can you please stop with the comments? Sorry that I’m not pleasing to your eye.”

Luckily, not ten minutes later, hundreds of people began jumping to her defense, writing that she looked “stunning” in the dress and was “beautiful inside and out.”

Kristen had set up a GoFundMe campaign to raise money to afford her senior prom dress. While she originally planned on spending around $350, she ended up raising more than $2,000 in just three days, thanks to some very passionate people online! You go girl.

“I don’t know how to say thank you to people and accept the compliments because it doesn’t happen a lot,” Kristen said. “Don’t let anyone break you down.”

When Kristen posted photos of herself wearing her purple junior prom dress to the Facebook classifieds, she never expected the backlash she’d get.

One mean-spirited commenter wrote: “Does it fit in a durango??” while another poked fun at her dress size.

After Kristen defended herself with a short and sweet response, hundreds of people “liked” her comment and chimed in with their support.

Online supporters helped raise over $2,000 for Kristen to buy herself a new dress for senior prom.
Kristen is extremely grateful, and hopes that this story can inspire other young women to see their own worth, inside and out.