Even today, when the whole world has been mapped by GPS, there are still valuable hidden treasures left to discover. After calling in auctioneers, the grandchildren of entrepreneur Roger Baillon discovered that the collection of 60 vintage automobiles from the 1930s to the 1950s left to rust in sheds on the family’s farm in western France could be worth £12 million or more at auction.

These aren’t your run-of-the-mill 1930s vintage automobiles, either (if such a thing exists). One Talbot-Lago in the collection had previously been owned by Egyptian King Farouk and a Ferrari had been used in the filming of a movie with Jane Fonda. Along with the rare Maserati in this collection, Baillon had intended to build a museum with his collection. When things didn’t go as expected, however, he had to sell 50 cars, and the rest of the collection was forgotten.

The collection will be put up for auction in Paris on February 6th, 2015. Any cars unfit for restoration will be sold for spare parts. 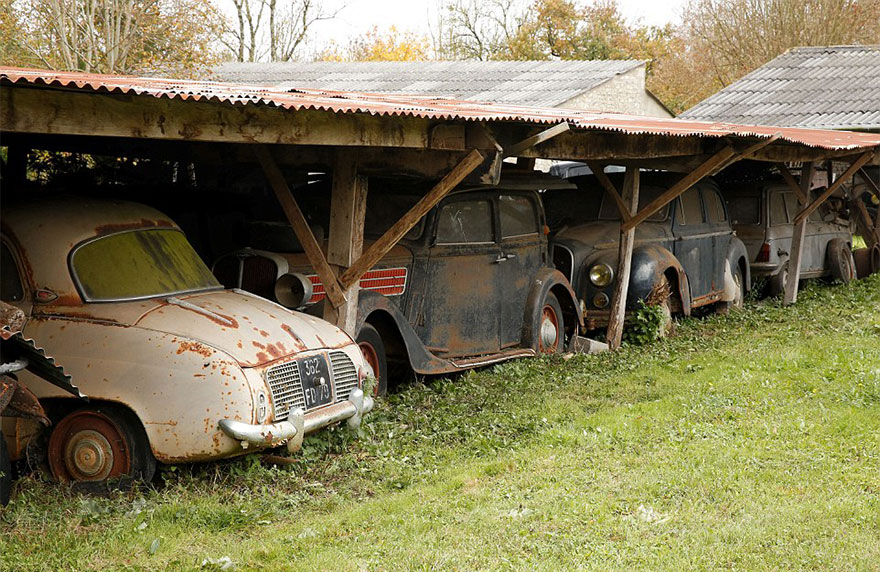