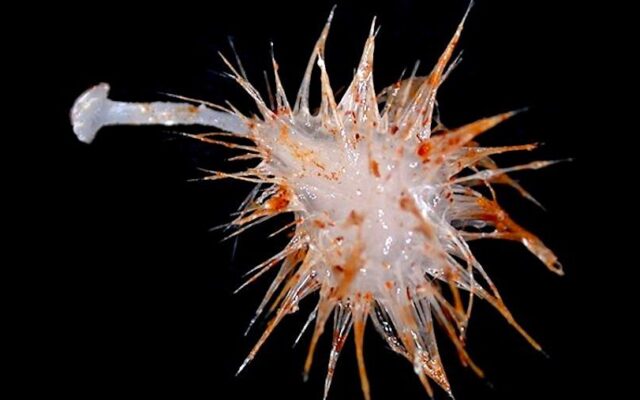 Even though we know the deep sea is weird, 'carnivorous sea sponges' still sound like something from a sci-fi movie. And yet, researchers just announced the discovery of three new such species off the coast of Australia. Go a few hundred metres deep into the ocean, and it starts to look like you're in a whole new world: From a creature that looks like a sea star crossed with an octopus, to shar 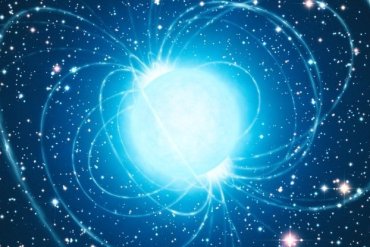 Evidence of a long-sought hypothetical particle could have been hiding in plain (X-ray) sight all this time. The X-ray emission coming off a collection of neutron stars known as the Magnificent Seven is so excessive that it could be coming from axions, a long-predicted kind of particle, forged in the dense cores of these dead objects, scientists have demonstrated. If their findings are confi

In 1110, The Moon Vanished From The Sky. We May Finally Know Why 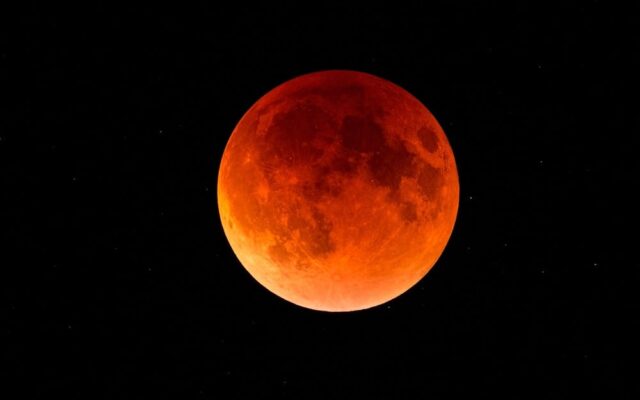 Almost a millennium ago, a major upheaval occurred in Earth's atmosphere: a giant cloud of sulphur-rich particles flowed throughout the stratosphere, turning skies dark for months or even years, before ultimately falling down to Earth. We know this event happened because researchers have drilled and analysed ice cores - samples taken from deep within ice sheets or glaciers, which have trapped s

Polarons are important nanoscale phenomena: a transient configuration between electrons and atoms (known as quasiparticles) that exist for only trillionths of a second. These configurations have unique characteristics that can help us understand some of the mysterious behaviours of the materials they form within – and scientists have just observed them for the first time. Polarons were mea 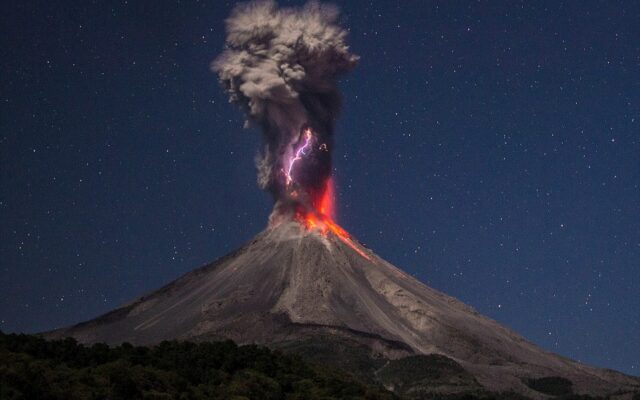 Storm in an ash cloud: Electrifying shots of Mexican volcanic eruption show lightning bolts striking inside its ash plume Lightning flash spotted in the ash cloud of the Colima Volcano which is 301 miles west of Mexico City Strikes caused by high levels of electric charge building up as ash particles rub together Bolts can heat surrounding air to 3,000°C and melt ash in the cloud into glass 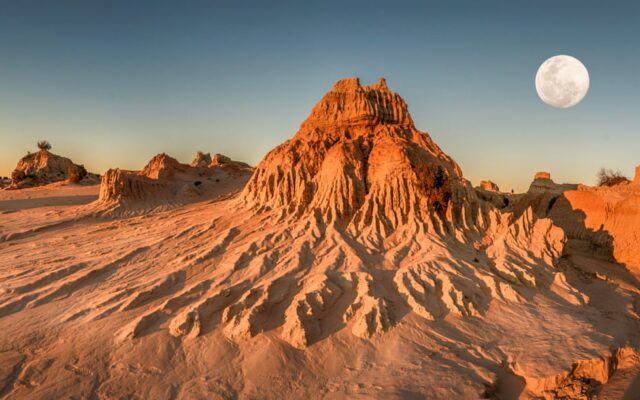 The full moon rises over the Walls of China in the Mungo national park in south-west NSW. Photograph: Dee Kramer/Destination NSW From 20,000-year-old footprints to dramatic moon rises, a visit to the NSW world heritage area is a reckoning with the passage of time It has been more than 50 years since the ancient dry lake bed of Mungo revealed human remains which corroborated a truth Indigen 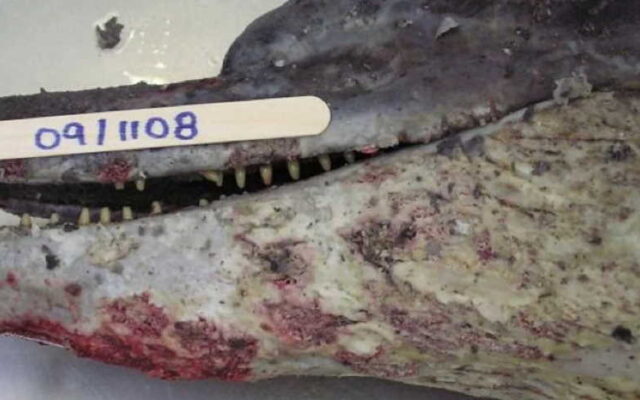 They're among the most popular and captivating animals in the ocean – a creature that delights at every splash or glimpse. And many are dying. A deadly skin condition, first noted in dolphins near New Orleans after Hurricane Katrina in 2005, has now been formally identified by scientists. 'Freshwater skin disease', as researchers define the pathology in a new study, has afflicted coastal c 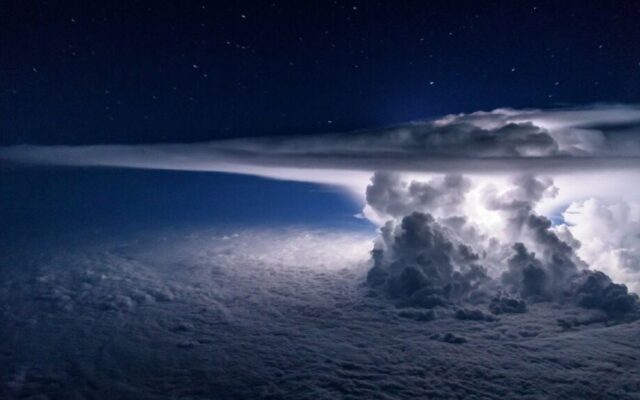 A towering thunderstorm lights up the night skies over Panama, as seen at 37,000 feet. (Photo by Santiago Borja.) A pilot of a Boeing 767 captured a stunning photograph of a thunderstorm billowing over the Pacific Ocean last month. First Officer Santiago Borja snapped the photo from the cockpit as the plane was passing near Panama at 37,000 feet en route to South America, he told Angela Fr 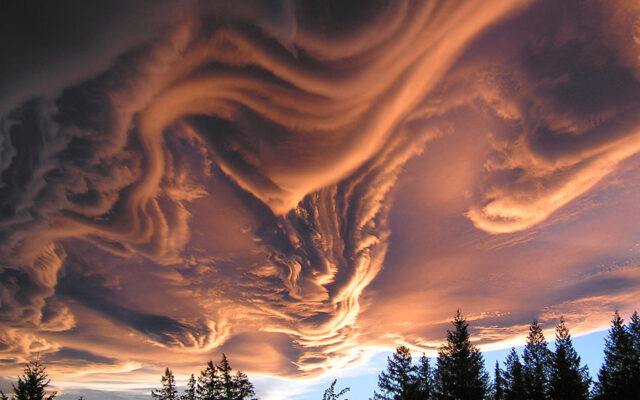 Various cloud formations might be one of the most beautiful and romantic sights in nature. Still, these masses of liquid droplets is also a complex and scientifically interesting natural phenomenon. The interesting fact is that regardless of the shape and the looks of the cloud, they’re all made of the same thing – condensed water or ice. When the sun heats the ground, warm air starts to evapo 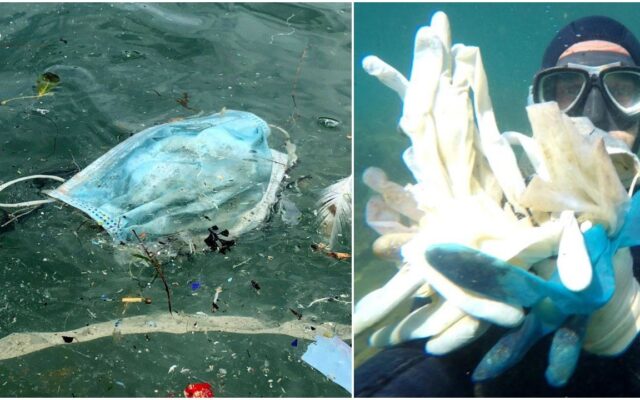 A new, sad side effect of the pandemic is millions of pieces of discarded personal protective equipment (PPE) that is littering the planet in shocking ways. When the COVID-19 pandemic swept across the world earlier this year, plunging much of the world into lockdown conditions, it seemed that nature was finally being given a major breather – so much so that breathless stories spread across