Scientists Revive 32,000-Year-Old Plant Right Out of the Pleistocene 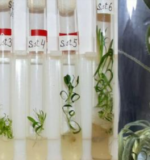 The oldest plant ever to be “resurrected” has been grown from 32,000-year-old seeds, beating the previous record holder by some 30,000 years.

Back in 2007, a team of scientists from Russia, Hungary and the United States recovered frozen Silene stenophylla seeds and remains from the Pleistocene, while investigating about 70 ancient ground squirrel hibernation burrows or caches, hidden in permanently frozen loess-ice deposits in northeastern Siberia, in the plant’s present-day range.

Using radiocarbon dating, the age of the seeds was estimated at between 20,000 and 40,000 years, dating the seeds to the Pleistocene epoch. Rodents would normally eat the food in their larders, but in this case a flood or some other weather event got the whole area buried. Since the rodents had placed the larders at the level of the permafrost, the material froze almost immediately, and did not thaw out at any time since. More than 600,000 fruits and seeds thus preserved were located at the site.

Years later, a team of scientists at the Russian Academy of Sciences went on to successfully revive one of them: a flowering plant from a 32,000-year-old fruit!

The accomplishment surpasses the previous record for the oldest plant material brought back to life, of 2000 years set by Judean date palm seeds. The team led by David Gilichinsky used material recovered in the 2007 research project.

The researchers first attempted to germinate mature seeds recovered from the fruit. When these attempts failed, they turned to the fruit itself and were able to culture adult plants from placental tissue. The team grew 36 specimens from the tissue. The plants looked identical to modern specimens until they flowered, at which time the petals were observed to be longer and more widely spaced than modern versions of the plant. Seeds produced by the regenerated plants germinated at a 100% success rate, compared with 90% for modern plants. Scientists are unsure why the observed variations occur.

According to Robin Probert of the Millennium Seed Bank, the demonstration is “by far the most extraordinary example of extreme longevity for material from higher plants” to date. It is not surprising to find living material this old, but is surprising that viable material could be recovered,” she added.

The reasons for the success of the experiment can be manyfold. The Russian scientists involved speculated that the tissue cells were rich in sucrose which acted as a preservative. They also noted that DNA damage caused by gamma radiation from natural ground radioactivity at the site was unusually low for the plant material’s age and is comparable to levels observed in 1300-year-old lotus (Nelumbo nucifera) seeds proven to germinate.

Probert hopes that the techniques developed in the resurrection of Silene stenophylla may one day be used to resurrect extinct species. Paleontologist Grant Zazula, who has previously disproven claims of ancient regeneration, said:

“This discovery raises the bar incredibly in terms of our understanding in terms of the viability of ancient life in the permafrost.”

He is right. We have no idea what else might be coming from there…